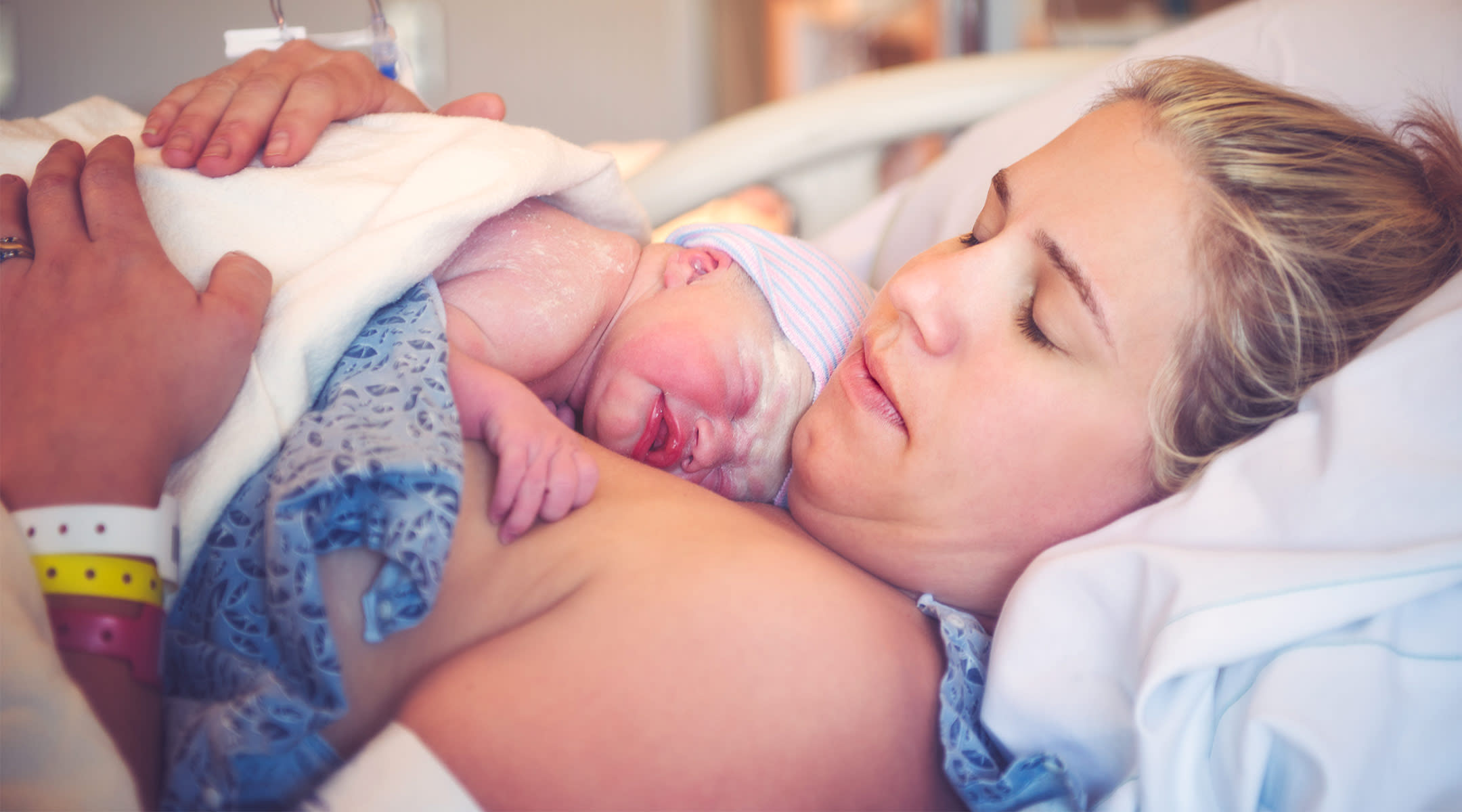 You’ve probably imagined what it will feel like to hold your baby for the first time. You’ll give that squirmy little newborn a gentle caress and he or she will settle snugly on your chest. A new study says there’s good reason to think about your baby’s first touch: That initial exposure to the real world paves the way to sensory development.

Researchers from Vanderbilt University and Nationwide Children’s Hospital looked at 59 full-term and 57 preterm infants to see how first touches influence tactile stimulation down the road. Findings, published in the journal Current Biology, confirm what we already know: Skin-to-skin contact, early breastfeeding and gentle massage are positive. But the study adds that gentle contact is key to helping babies perceive touch—and be comfortable with it.

To test how babies reacted to tactile stimulation, researchers fitted all of the newborns involved in the study with an electroencephalogram (EEG) helmet to track brain responses. Then, they administered a gentle puff of air on their hands.

Preemies had a much weaker response to the puff than full-term infants. Researchers worry all the medical procedures those babies face will negatively affect their ability to perceive gentle touch when they’re older.

“The more preterm a baby was, the more and more their response to touch was attenuated, compared to full-term infants,” neonatologist Nathalie Maitre, MD, PhD, tells PBS. “[Preterm newborns] just don’t process touch the same way, and certainly they don’t process it the way a full-term baby would.”

The reason? The NICU is an overstimulating environment, making a preemie’s debut into the world a stark conrast from the womb.

“Babies are exposed to sound in the womb, but it’s not the same kind of sound," Maitre says. “The sound is filtered. The sound doesn’t come with the whole range of frequencies. It’s muted in volume. Whereas in the NICU, it’s alarms, voices that are not usually directed the baby.”

While Maitre explains this environment isn’t harmful—after all, it’s usually life-saving—it’s likely an unpleasant experience for newborns. And NICU doctors and nurses need to be equipped with the tools and knowledge to offer preemies the same gentle touch full-term infants typically receive to thrive.

Study authors are calling for “family-centered initiatives and therapeutic interventions” to bolster a preemies’ tactile experiences before they’re discharged from the NICU, setting them up for better sensory development at home.