“High-quality early care and education programs predict children’s later school performance, and even their high school graduation rates and college attendance! Some school districts have noticed these facts and redirected some of their funds to high-quality, early childhood programs for parents and their 2-4-year-olds. Each dollar has its biggest positive impact in those earliest years.”
save article 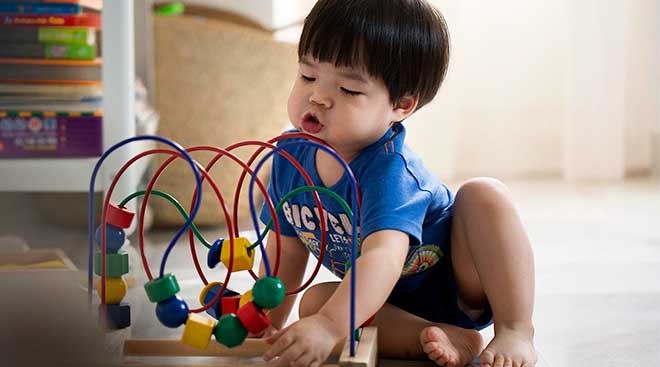 Early education can greatly benefit young children, and experts believe that kids who attend preschool may be better prepared for their future education. However, not everyone has the opportunity to send their child to preschool—and the pandemic has only made matters worse.

According to one report, preschool enrollment dropped by 12 percent for 3-year-olds and 17 percent for 4-year-olds during the pandemic. Taking all these factors into account, WalletHub has released its 2021 report on the best and worst states with early education systems.

To figure out which preschools were the best across the country, WalletHub compared the 50 states and D.C. across three key dimensions: access, quality and resources and economic support. The report found that Arkansas was the best in early education systems, while Indiana was the worst. Plus, 12 states, including Alabama, Florida, Georgia, Oklahoma and South Carolina, had the highest share of school districts offering a state pre-K program. New Jersey was found to have the lowest score. Meanwhile, Vermont had the highest share of 4-year-olds enrolled in pre-K, pre-K special education and Head Start programs, while Idaho had the lowest.

Other findings? Hawaii had the highest income requirement for state pre-K eligibility—while Minnesota had the lowest—as well as the highest monthly child care co-payment fees, while South Carolina, Maryland and New York had some of the lowest. The District of Columbia has the highest total spending per child enrolled in preschool, at $19,463, while North Dakota had one of the lowest at $527.

According to Dr. Irina Falls, a professor at the University of North Carolina at Pembroke, there are five factors that influence child development the most: genetics, environment, health and nutrition, early access to high-quality childhood education and family. “The only factor we cannot influence is genetics, but all the others are in our power to change for better educational outcomes. The family factors relate to parent’s education, family income, stability of home life, low exposure to toxic stress, early access to books and play materials,” she said.

“If we want to help all our children do better, we need to pay greater attention to their families and early childhood programs. For example, parents differ in how much they talk with their children, expanding their vocabularies, and this predicts children’s later reading performance. High-quality early care and education programs predict children’s later school performance, and even their high school graduation rates and college attendance!” Dave Riley, Ph.D., an expert on childhood development from the University of Wisconsin-Madison also explained. “Some school districts have noticed these facts and redirected some of their funds to high-quality, early childhood programs for parents and their 2-4-year-olds. Each dollar has its biggest positive impact in those earliest years.”

Below, the report’s findings for the top 10 best and worst states for early education systems.

To learn more about the report and its findings, visit WalletHub.com.