Postpartum Recovery Is Really Rough for All New Moms—Even Beyoncé

"I definitely pushed myself further than I knew I could, and I learned a valuable lesson: I will never, never push myself that far again."
Save article
ByStephanie Grassullo
Associate Editor
PublishedApr 2019 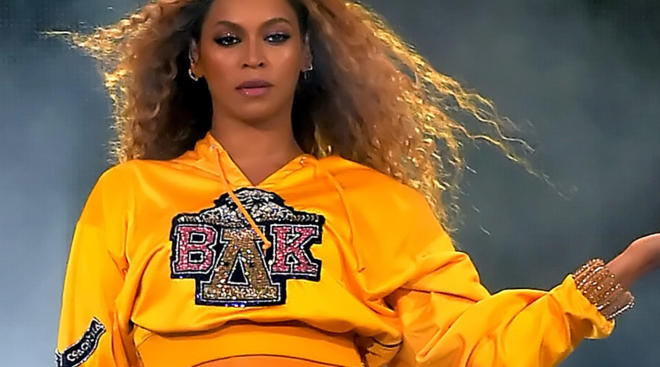 Beyoncé may have just dropped another surprise album, but underneath it all, she’s just like the rest of us moms. In her new Netflix documentary “Homecoming,” the superstar mom gets real about what it was like preparing for her first big post-pregnancy performance, and all the insecurities that were camped out in her head.

The film gives viewers a behind-the-scenes look at the mental and physical work it took for the musician to make it to her iconic performance at Coachella in April 2018 after welcoming her twins in June. The epic stunt left fans dubbing Coachella as “Beychella,” but for the musician, the performance meant so much more. “I’m creating my own homecoming. And it’s hard.”

Beyoncé was supposed to perform at Coachella the previous year, but she had to pull out when she got pregnant unexpectedly. Another surprise she soon discovered? She was having twins. Grateful as she was to welcome Rumi and Sir into the world, it was a difficult post-birth transition for the mom. And it started with Coachella.

“In the beginning, it was so many muscle spasms and, just internally, my body was not connected,” the performer explains. “My mind was not there. My mind wanted to be with my children. What people don’t see is the sacrifice.”

At at time when a little rest and relaxation would have done the mom well, she pushed her body into overdrive. In the documentary, we discover the performer was burning around 1,500 to 2,000 calories a day just from daily rehearsals. Plus, she put herself on a super-strict diet that left a lot to be desired. “In order for me to meet my goal, I’m limiting myself to no bread, no carbs, no sugar, no dairy, no meat, no fish, no alcohol—and I’m hungry.”

Hindsight is 20/20, and she now knows she went too far. “Just trying to figure out how to balance being a mother of a 6-year-old and of twins that need me, and giving myself creatively and physically. It was a lot to juggle,” she says. “I definitely pushed myself further than I knew I could, and I learned a valuable lesson: I will never, never push myself that far again.”

Postpartum recovery is a long process. It’s hard for every new mom to adjust to a new normal—whatever that may mean for you. Be kind and have patience with yourself, and remember you are far from alone.