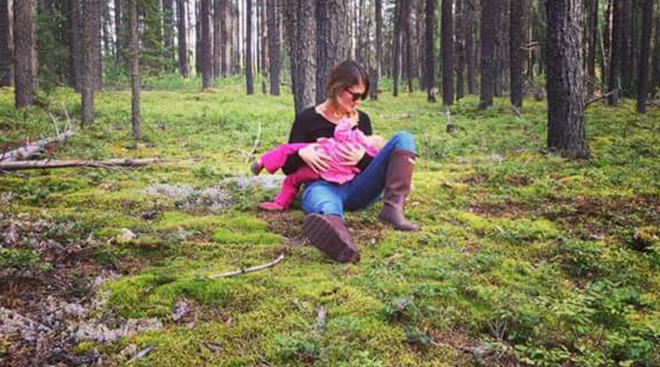 You probably had a vision of what type of parent you’d be before you had kids. And then they got here—and everything changed. Parenthood is all about learning by doing. Breastfeeding? Perhaps even more so.

That’s the takeaway one anonymous mom shared with the Facebook group Breastfeeding Mama Talk. She used to think moms who breastfed toddlers were odd, but she’s still happily nursing her 14-month-old.

“It’s funny; before I had a baby I thought it was so strange that any mother would breastfeed over a year old, and here I am 14 months later and still doing it,” she says. “Funny how your perception of things changes when it actually happens to you.”

Part of what changed her mind? All of the challenges she was able to overcome.

“There were many nights I would cry from the pain of mastitis or sheer exhaustion from those almost all-night buffets. But we survived. Bottle or breast would have been just fine. Our first thrived with formula and I was okay with that. Our second just happened to be breastfed and forever bonded we will be.”

Other moms understand where she’s coming from. In the comments, several women explained how their preconceived notions of breastfeeding were shattered once they actually began nursing themselves.

“I’ll never forget trying to keep my poker face at a La Leche League meeting, when I was pregnant, as those women were sharing how long they nursed,” one mom writes. “LOL: there I was among them about four years later. Yep, four.”

“I thought the exact same thing! My mom breastfed my brother and I both until 2 and I thought that was so weird until I had my daughter,” another commenter says. “13 months strong and counting!”

Another explains that the longer she successfully breastfeeds, the more she wants to keep going.

“I never thought or wanted to pass six months, and then I got to six. I’m still going strong now (nine months), aiming for a year,” she says. “I’ll see what my boy wants to do.”

It’s hard to explain how the bonding experience of breastfeeding can make up for the latch pain, the engorgement and the clogged ducts you might endure. But once you’ve been there, you’ll know.

Walmart Is Adding Mamava Breastfeeding Pods in Over 100 Retail Stores

Survey Finds Moms Are More Committed to Breastfeeding During COVID-19