Carrie Underwood Shares Her Struggle with Miscarriages: 'I Got Mad'

Carrie Underwood Opens Up About Her Struggle With Miscarriages: 'I Got Mad'

After experiencing three miscarriages in two years, the singer’s hope began to falter.
save article 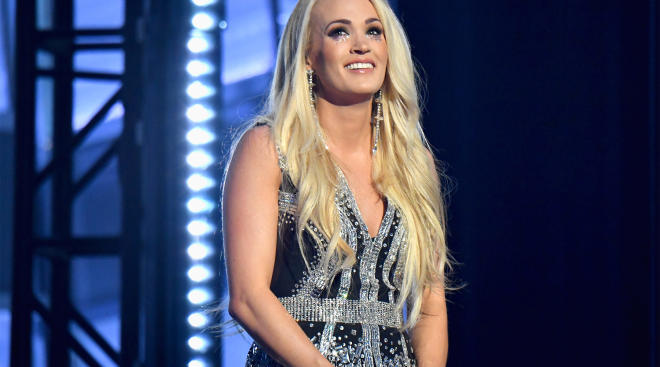 Miscarriage is a heavy cross to bare, and many tend to keep the burden to themselves.

Celebrating the launch of her latest album, Cry Pretty, Underwood opened up about the personal message behind the album’s title. Although the musician and her husband, NHL player Mike Fisher, expected to have another baby in 2017, things didn’t go according to plan.

The loss hit her hard, but she managed to cope with it and kept faith. But when miscarriages continued to haunt her, it became even harder to endure the pain.

Underwood shares she was pregnant in the spring of 2017, but lost the baby a second time. Then, early this year, she was expecting, and once again it “didn’t work out.”

At which point, the singer found herself in a dark place.

"I had always been afraid to be angry because we are so blessed,” she shares. “And my son, Isaiah, is the sweetest thing. And he’s the best thing in the world. And I’m like, ‘If we can never have any other kids, that’s okay, because he’s amazing.’ Like, really, what can I complain about? I can’t. I have an incredible husband, incredible friends, an incredible job, an incredible kid. Can I be mad? No.”

But ultimately, the singer says she “got mad.”

After breaking down one night, she angrily asked, “Why on Earth do I keep getting pregnant if I can’t have a kid?”

Once she let this fury out, Underwood felt like a weight was lifted off her shoulders. "For the first time… I told God how I felt. And I feel, like, we’re supposed to do that,” she says.

Soon after, she had a doctor appointment and was fully prepared to be told the worst. Despite her doubts, the doctor gave her the news she had been praying for all along. Now, Underwood is amping up for baby No. 2 who will join her on tour this May.

Miscarriages play quite a toll on a family. Backstreet Boy Nick Carter got real when he opened up about his heartbreak over his wife’s recent miscarriage. Although it’s difficult to express such vulnerable feelings, it’s crucial to share your struggle with others.