Universal COVID-19 Testing May Not Be Necessary for Laboring Moms, Study Says

“To keep this positive rate low, we all must continue with what is working: wearing face masks, frequent hand-washing and maintaining physical distancing.”
ByNehal Aggarwal
Associate Editor
PublishedMay 2020 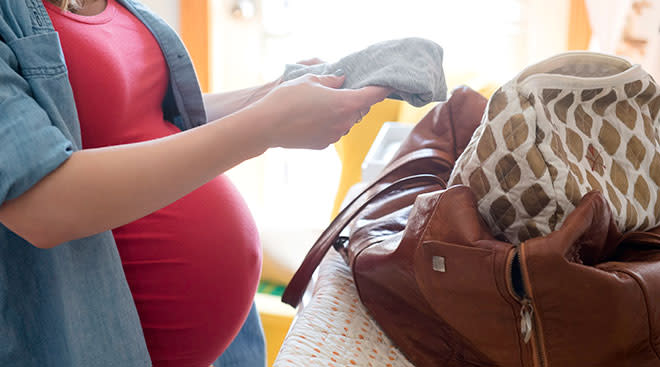 If there’s one thing we can be sure about when it comes to COVID-19, it’s that it likely looks different in different parts of the country. One study from Cedars-Sinai, based in Los Angeles, California, is now highlighting these differences—specifically as they pertain to pregnant women who report to hospitals for childbirth.

The study, published in in the journal Obstetrics & Gynecology, was conducted by investigators at Cedars-Sinai. It was prompted after reports from several large New York City hospitals that cited 14 percent of asymptomatic pregnant women admitted for childbirth had tested positive for COVID-19 during the early weeks of the pandemic. In these cases, often the women didn’t even know they were infected.

“That data from New York made us very concerned about the possibility of asymptomatic infections among our own pregnant patients,” Mariam Naqvi, MD, the study’s principal investigator and maternal-fetal medicine specialist at Cedars-Sinai, stated in a news release. “This would have implications for them, their babies, their households and for the health of our staff caring for them.”

Curious to see if they had similar percentages of COVID-19 positive women admitted to the maternity ward, Cedars-Sinai employed universal testing for one week in April. Over the course of the week, they tested 82 pregnant women, two of which had symptoms associated with the novel coronavirus and 80 of which did not.

“We had no positive tests for COVID-19 in any of the 80 asymptomatic women in our labor and delivery unit, and all remained symptom-free throughout their hospitalizations. Of the two patients who had symptoms when admitted, one tested positive,” Naqvi said.

Based on the study, investigators believe that universal testing of asymptomatic pregnant women admitted for labor may not be necessary to do at every hospital. While COVID-19 has spread across the country, California has had lower rates of infection and deaths than New York state. However, the study is unable to identify the reason behind these dramatic differences across various regions of the country.

One thing the facility does believe needs to be universal? The emphasis on having accurate data on the number of asymptomatic women who are admitted to the hospital for childbirth and do or do not have COVID-19.

“If a high number of the asymptomatic women had tested positive for COVID-19, then we would need to continue testing all pregnant women. But as we suspected, the positive tests for asymptomatic women were in fact very low—zero—so we do not need to institute universal testing at this moment. These results are reassuring for our patients, their families and for healthcare providers,” Sarah Kilpatrick, MD, PhD, one of the study investigators and chair of the department of Obstetrics and Gynecology, also stated in the release.

She adds how critical it is that hospitals and communities remain vigilant in the precautions they’re taking to protect pregnant women. “We would restart universal testing immediately if we noted an increase in the number of positive tests among asymptomatic pregnant women in Los Angeles or around the state," Kilpatrick said. “To keep this positive rate low, we all must continue with what is working: wearing face masks, frequent hand-washing and maintaining physical distancing.”

The Best Maternity Loungewear to Cozy Up in at Home

What Every Pregnant Woman Should Know About Coronavirus