They may not be budding conversationalists, but that's where you come in.
save article 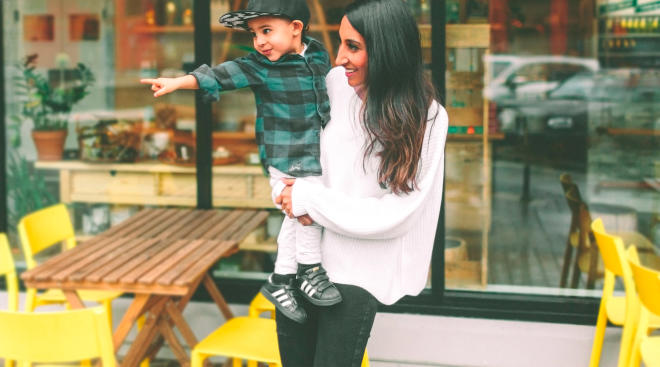 We tell you to talk to your baby all the time. But what if MIT, Harvard and UPenn researchers were the ones telling you? In a new study looking at language development in young children, researchers from the schools found that even more important than the amount of words a child hears is the amount of conversations—however loosely defined—they’re having with adults.

Specifically, researchers monitored what they called “conversational turns,” or when an adult and child speak to one another with no more than five seconds between words. After evaluating kids with brain scans and verbal tests, conversational turns proved much more beneficial to speech development than the number of words spoken to a child. In other words, interaction matters.

The study looked at 36 kids between the ages of 4 and 6 from diverse socioeconomic backgrounds. Before any sort of word or conversation tracking began, kids were given verbal reasoning tests, and their brain activity was measured while they listened to audio stories. Then, they were sent home with a digital voice recorder that could hold up to 16 hours of conversation. When the recordings were analyzed, they were broken down by words spoken by kids, words spoken by adults, and conversational turns.

“The sheer amount of language children heard spoken by adults wasn’t linked to children’s brain responses, but the number of conversational turns was,” Rachel Romeo, lead author of the study, says. This was somewhat surprising, since historically, an emphasis has been placed on making sure kids hear as many words as possible; the “30 million word gap” is used to describe how many more words kids from higher-income families hear by age 4, compared to kids from lower-income families.

“We worried the message around the word gap was suggesting that parents dump words into their kids,” Romeo says. “The brain response show us that’s not the case; it’s the interactive language, the back-and-forth that is most important for the brain.”

For every 11 conversational turns, a child’s verbal test score increased by a point, regardless of socioeconomic background.

Remember, it doesn’t matter what you’re talking about, as long as you’re responding affectionately to your baby, toddler or child. For younger kids, this can take the form of a coo. What matters is you’re indicating to them that they’re being heard.