Dads Can 'Breastfeed' With This Wearable Device

This could really change the game during all those late-night feedings.
ByStephanie Grassullo
Associate Editor
PublishedMar 2019 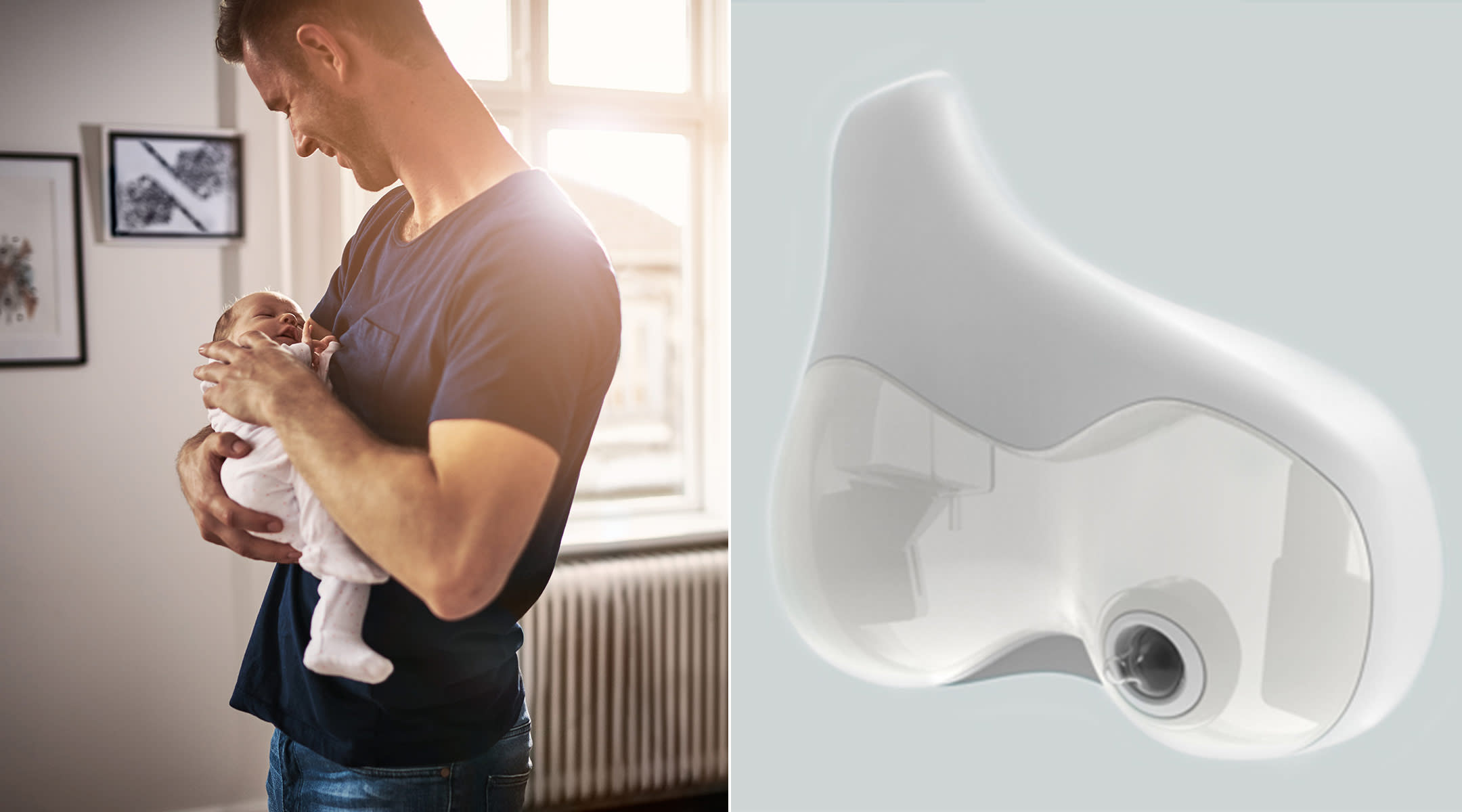 A Japanese tech company is making it possible for dads to breastfeed (sort of).

Dentsu debuted its Father’s Nursing Assistant, a wearable nursing assistant device designed for new dads. The invention is modeled to resemble a woman’s breast, and hopes to alleviate some of the stress associated with feeding and sleeping, which it says dads in Japan have a low participation rate in.

The machine has a container for milk on one side and a breastfeeding system on the other. According to the press release, the product was based on advice from pediatricians who say babies tend to touch the breast when feeding because the softness soothes them. Wearing the nursing assistant, dads can hold their little one with both arms, allowing more intimate skin-to-skin moments. As a bonus, the Father’s Nursing Assistant features technology that tracks baby’s sleeping and feeding and allows parents to see the data on an application.

The device was showcased at at the South by Southwest festival in Austin, Texas, but is not available for sale just yet.

This isn’t the first attempt at making it possible for dads to be more involved in breastfeeding. Last year, Marie-Claire Springham gained attention for her “chestfeeding” invention. The kit offers a hormone that stimulates the production of the milk-producing glands, essentially making it possible for men to feed their baby their own milk. The kit could be available in as soon as five years and would drastically change the breastfeeding landscape.