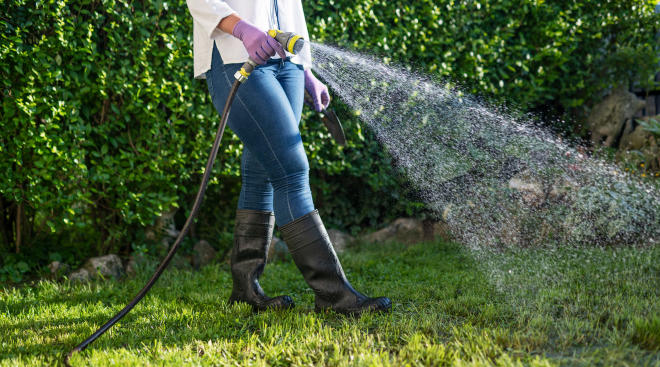 The day is a total scorcher. Temperatures aren’t showing any signs of dropping. You want to cool your kids off fast, so you grab the hose and are ready to let it spew. But without even realizing, you’re actually putting them directly in the line of danger.

While a hose may seem like the least likely suspect to cause severe burns, on an extremely hot day, that’s precisely what can happen. It’s why every time a heat wave rolls around, firefighters issue PSAs on the dangers a garden hose can cause. Stacey, the mom who runs the Facebook page Daisy First Aid Redhill & Croydon, shared a jarring picture of a baby from a couple of years ago. The photo was taken after the youngster was accidentally sprayed with a garden hose, and as a result suffered from second degree burns.

Wondering how it happened? Firefighters warn “a garden hose exposed to direct sunlight during summer can heat the water inside the hose (not flowing) to 130 to 140 degrees Fahrenheit, which can cause burns, especially to children and animals." To prevent this disaster from happening, they say to let the water flow for a few minutes before spraying it. This will allow time for the water temperature to cool down.

Garden hoses aren’t the only threats lurking beneath the summer sun. There are a bunch of hidden dangers for baby to be aware of during the summer months. Keep your fun in the sun safe as can be by practicing summer safety precautions all season long.