“Am I doing this right?”
ByStephanie Grassullo
Associate Editor
PublishedJan 2019 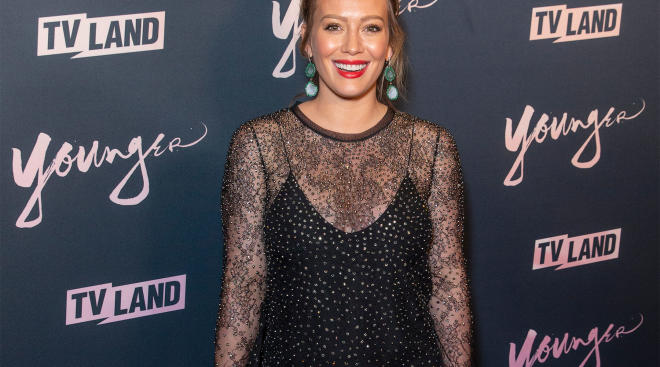 Last month, Rachel McAdams got the Internet’s attention when a chic photo of the actress pumping breast milk for Girls. Girls. Girls. magazine went viral. Whether you’re a fan of the new mother or not, there’s no denying how fierce the actress is portrayed in the snapshot. But, over the weekend, Hilary Duff reminded us that fierce moms come in all different shapes, sizes and styles.

Sharing a side-by-side photo of McAdams and herself, the actress asks “am I doing this right?”

There are a few obvious differences between the two photos. For starters, in the magazine photo shoot, the Canadian is draped in Versace and BVLGARI diamonds and is sporting a sleek ‘do while pumping. In Duff’s rendition of the shot, she’s wearing a button down shirt and rocking a shower cap on her head.

Duff welcomed her daughter, Banks Violet Bair, in October. Just last week, the mom sent an SOS begging fellow parent followers for advice on handling her colicky baby girl. Which is why her recent pumping photo is just one of many reminders on how relatable the actress is to new moms.

While the photos couldn’t be any more different, neither one takes away from the other. Equally empowering, both women depict the strength, power and love of new moms. Whereas McAdams merges motherhood with high-fashion, Duff symbolizes what being a mom looks like for the majority of women.

So, to answer her question—Yes, she is definitely doing this right.