After welcoming her first child in April, the actress is now opening up about her pregnancy and motherhood.
ByStephanie Grassullo
Associate Editor
PublishedNov 2018 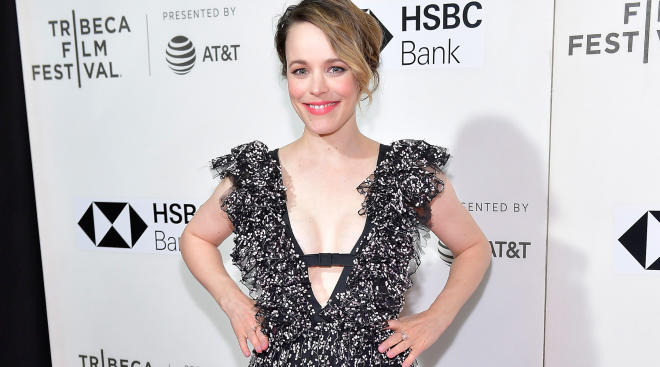 Surely you heard rumors Rachel McAdams had a baby in tow, and you probably even saw some paparazzi shots of the starlet holding a baby boy in her arms. But there was never any confirmation the actress was a new mom. Until now.

For the first time ever, McAdams is opening up about the baby boy she and boyfriend Jamie Linden welcomed in April. In a recent interview with the UK’s The Sunday Times, McAdams breaks the silence on her pregnancy, motherhood and why she wanted to keep her personal affairs private.

“It’s the greatest thing that’s ever happened to me, hands down,” she tells The Sunday Times. “[People say] your life is not your own any more. But I had 39 years of me, I was sick of me, I was so happy to put the focus on some other person.”

But McAdams, 39, has no regrets waiting until now to start her journey into motherhood.

“It’s just how it happened. And I didn’t want to do it before, it was the right time,” McAdams explains.

Like many Hollywood parents stalked by paparazzi on a daily basis, McAdams didn’t want her new baby boy in the spotlight. The Canadian still hasn’t released the name of her son, and likely doesn’t intend to for quite some time.

“I want to keep his life private, even if mine isn’t,” she says. “But I’m having more fun being a mum than I’ve ever had. Everything about it is interesting and exciting and inspiring to me. Even the tough days—there’s something delightful about them.”

And the actress isn’t ruling out the possibility of a future sibling for her son. “I think there is definitely room for more,” she reveals.