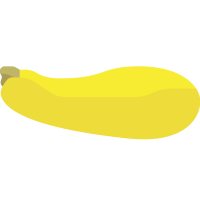 Ready or not?! At 32 weeks pregnant, baby’s birth still seems far into the future, but you and baby are getting ready in a lot of ways… just in case there’s an early arrival. You’re probably dealing with some end-of-pregnancy to-dos, like telling your health insurance there’ll be a new arrival soon, and figuring out how the heck to install an infant car seat.

Baby is getting ready for their descent and, as we mentioned, is likely in the head-down position now. They’re probably feeling even more cramped.

Your 32-week baby is as big as a squash. Still growing strong, baby measures about 16.7 inches and weighs in at about 3.8 pounds at 32 weeks pregnant.

Are babies fully developed at 32 weeks?

They’re getting closer every week as you near the end of pregnancy. Most development is done by now—baby has even started to practice breathing!—and the major work left is gaining weight. If baby’s born at 32 weeks, they would still be only around 4 pounds, which is considered low birth weight.

32 weeks pregnant is how many months?

Thirty-two weeks pregnant in months is eight months pregnant. (Remember, though, most doctors track your progress in weeks, not months.)

You’ll probably have a 32-week pregnancy checkup, since most OBs like to see their patients about every other week at this point in pregnancy. You probably won’t have a 32 weeks pregnant ultrasound, though—unless you have pregnancy complications or there’s something specific your doctor wants to check. For example, for women who are 32 weeks pregnant with twins, the doctor might want to perform extra monitoring from week 30 on.

Either way, you’re just weeks away from meeting your baby (or babies)! Isn’t it exciting?

See their progress for yourself with our 3D interactive tool.

Intensity is building in the symptoms department, since heartburn and contractions tend to get more noticeable around week 32 of pregnancy. But we’re guessing you’re so excited about baby’s impending arrival, these 32 weeks pregnant symptoms aren’t slowing you down—at least not too much.

Those “practice contractions” are likely getting more frequent and stronger. (This might be confused with 32 weeks pregnant cramping.) There’s one big difference between Braxton Hicks contractions and the real deal: These guys are painless (they just feel like the uterus is tightening) and go away. Real contractions just keep coming. Women who are 32 weeks pregnant with twins are at higher risk for preterm labor, so definitely watch for contractions that don’t let up.

Whoa! Suddenly those areolas look darker thanks to hormonal changes. No one knows exactly why, but one theory is they darken so baby can see them better for breastfeeding. Your body is pretty amazing, huh?

Don't worry: Baby is getting plenty of air. You’re not, though, so don’t push yourself too hard if you have trouble catching your breath.

Check with your doctor first, but she’ll likely tell you to go ahead and pop an antacid. They’re safe for most moms-to-be to take during pregnancy if you struggle with heartburn.

Your breasts are probably noticeably bigger and they may even have begun producing colostrum, which is the thick yellow fluid that baby will eat in the first few days of life. Don’t be surprised to see a little bit leaking at this point.

The increased discharge is your body’s way of preparing for delivery; it prevents infection down there. Keep your eye out for the mucus plug—this thick, gooey (sometimes bloody) substance covers the cervix until a few days (or just hours) before labor, when your body expels it. Another thing to keep an eye on: discharge that seems more like a watery liquid. If you’re having a constant flow that’s more like water than discharge, your water might have broken, causing a slow leak. If that’s the case, call the OB and get to the hospital, stat.

Product Recommendations for Your Third Trimester 9 Types of Newborn Baby Clothes Every New Parent Should Own

Cozy Maternity Robes to Cuddle Up In

How to Choose the Right Breast Pump for Your Needs

Our Favorite Crib Sheets for Baby 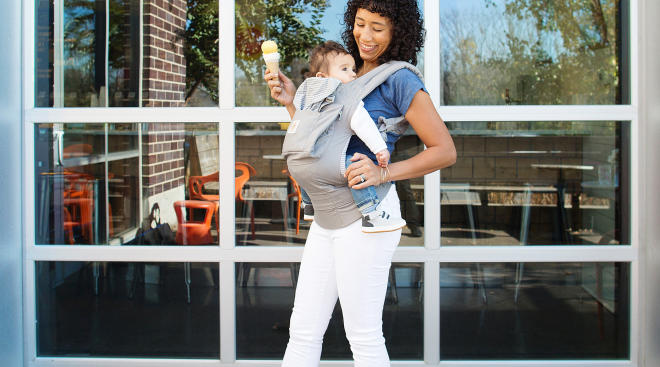 The Best Baby Carriers for Every Kind of Parent 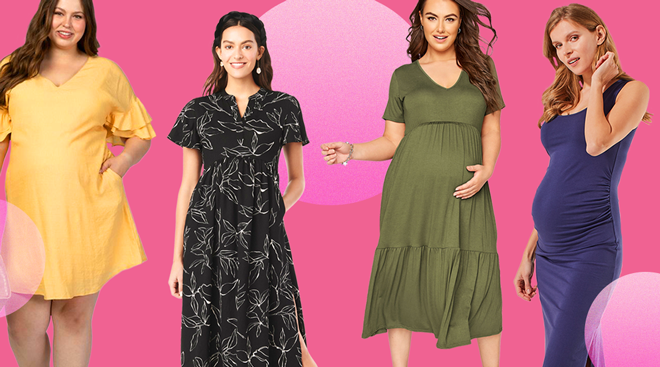 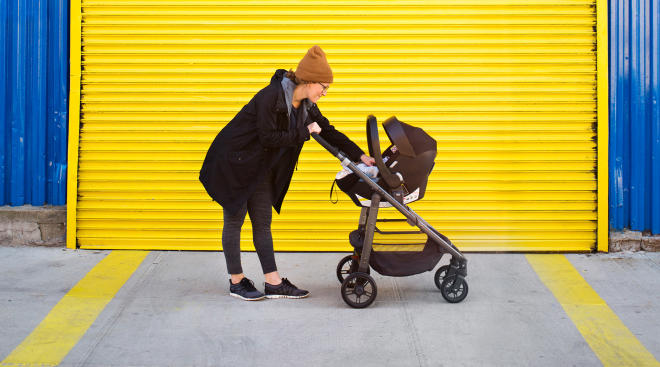 The Best Travel System Strollers That Pair With Car Seats

Your Pregnant Belly at 32 Weeks

A 32 weeks pregnant belly should measure about 30 to 34 centimeters from the top of the uterus to the pelvic bone. If you’re 32 weeks pregnant with twins, you’re obviously feeling more weighed down than other 32 weeks pregnant women. And chances are, you’re also even closer to delivery, since the average twin pregnancy is considered full term at 37 weeks.

How can you tell if baby is head down at 32 weeks?

Sometime between now and around week 34, baby will “drop” from up near your ribs to down near your pelvis, where they’ll hang out in the head-down position until delivery. When this happens, you may notice you suddenly go from “carrying high” to “carrying low.” This isn’t a guarantee, though; some babies don’t drop until Mom is actually in labor.

Is 32 weeks safe to deliver?

It’s still a little too early to deliver baby at 32 weeks. If babies are born any time before 37 weeks, they are considered premature. There are many different medical treatments available for babies born early, which may include a stay in a neonatal intensive care unit (NICU) until baby is ready to go home. Don’t panic—you’ve probably developed a good relationship with your OB at this point, and you can trust you and baby will be in good hands.

“Have your support person attend those OB appointments, especially the last few weeks of your pregnancy to help prepare them for labor and delivery. Remind them to be as proactive as possible, when helping, instead of taking a back seat.” - Renée Goff, PsyD, PMH-C, is a licensed clinical psychologist and owner of Orchid Wellness & Mentoring in Cincinnati, Ohio.

You’ve got this—only about eight weeks left to go! No time like the present; here’s what you can do this week to prioritize your health and that of baby’s.

Smaller is better when it comes to meals

Avoid dreaded heartburn by not filling your plate or going for seconds. Small meals are more manageable for your digestive system if you’ve been dealing with heartburn or acid reflux. Just eat more frequently, about five or six times a day, and continue to avoid foods that are heavy on fat or spiciness.

Hunching over can make it harder to breathe—and who needs that when you’re 32 weeks pregnant? Let your lungs fill with much-needed air by sitting or standing up straight; this can also help relieve any third-trimester aches and pains too.

Keep your underwear clean and dry

Yes, this is a good hygiene tip at any time, but especially during pregnancy if you have vaginal discharge. Using a pantiliner or wearing cotton underwear and changing it when needed not only keeps you comfortable, but it may also make it easier to monitor discharge for any signs of color or texture changes that could need medical attention.

If you’ve been lying down and your Braxton Hicks contractions aren’t letting up, a little exercise may do the trick. Try walking for a bit, but don’t go too far—if the contractions don’t stop, they may be the real thing, and you’ll need to call your doctor.

save article
PREVIOUS
Week 31
Pregnancy
NEXT
Week 33
Pregnancy
Get More From
Sign up for weekly updates to help you on the road to parenthood, and enter for a chance to win our $1000 new member sweepstakes!*
Choose Your Journey
Baby on the WaySomeone I Love is PregnantTrying to ConceiveI Am a Parent
Already a member? Log In
*See official rules
Watch These Videos Next:
Article saved.Go to My Saved Articles
Article removed.