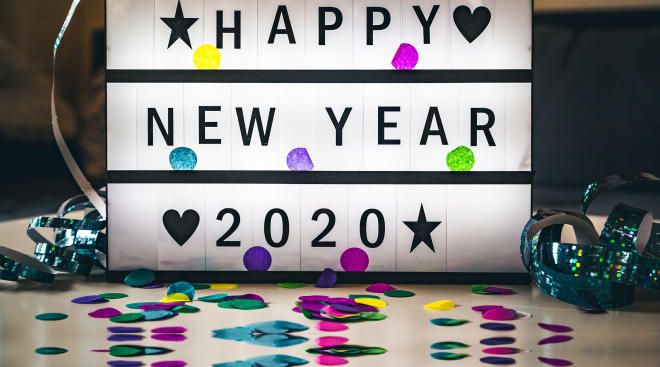 This New Year’s Eve, one Indiana couple celebrated by becoming parents to twins—but their twins don’t have the same birthday. Not only were the twins born in different years, they were born in different decades.

Dawn Gilliam and Jason Tello, a couple from Pendleton, Indiana, weren’t expecting their twins until their due date on February 19. But, concerned that she couldn’t feel them moving, Gilliam took a trip to the hospital on New Year’s Eve, local outlet WTHR reports.

“We’ve known for a while that she was going to be born first,” Gilliam told WTHR. “She’s been in position for most of the pregnancy. Of course, he was breech. So, it took a while for him to come.”

Tello added, "Still kind of overwhelmed. Earlier, we talked about it would be great to have them born on different dates. But here we are with this surprise—different dates, different years. That was definitely interesting for us for sure. We’re still kind of speechless.”

Though the babies may remain in the hospital for the time being, both are healthy and doing well, WTHR reports. The couple, who are also parents to two boys, a 10-year-old and 5-year-old, still can’t believe the newest additions to the family have arrived.

"I guess it doesn’t click that, ‘Wow! We had two babies.’ I’m like, 'Wow! There’s actually two,’” Gilliam told the outlet.

Congrats to the family of six!

Here’s What to Stream When You (Finally!) Get Some Time to Yourself