"It wasn't something I could have anticipated. But being pregnant and 'forced' to slow down has been a gift."
Save article
ByAshley Edwards Walker
Contributing Writer
PublishedAug 2018 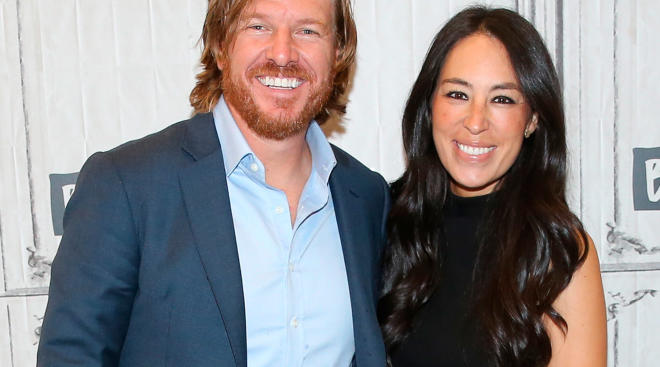 When “Fixer Upper” debuted on HGTV in 2013, Chip and Joanna Gaines and their four beautiful children stole our hearts—so when the couple announced in January that Joanna was expecting their fifth child, we collectively swooned. Now, just over a month after giving birth to her baby boy, Joanna is opening up about what her unexpected pregnancy was like.

In an essay titled “Made For This,” which appears in the fall issue of Magnolia Journal, Joanna writes,
“Chip and I made a choice to take some time off this past year because it seemed best for us in that season—even though we knew it would stretch us to stay still,” explaining their decision to end their HGTV show after season five. “Only a few weeks later I found out I was pregnant.”

Joanna describes her latest pregnancy as much different than her previous four, in part perhaps due to her age. Her older children—Drake, Ella, Duke, and Emmie—range in age from 13 to 8, so it had been a while since she’d gone through the pregnancy experience. She was 39 when she found out she was expecting again and turned 40 in April before giving birth to Crew in late June.

“I have always really enjoyed being pregnant,” she writes. “I tend to feel my best during those nine months. This time I felt a little more worn-out than usual."

Because it’s been many years since she was last pregnant, Joanna says in some ways she feels like a “first-time mom” again. “Our first four kids were born in such quick succession that, honestly, it was all a bit of a blur,” she admits.

But there’s one big benefit to being older this time around: Joanna says she feels more confident in her parenting style. “I don’t know if it’s because I’m a little older, but this time around I am more comfortable in my own skin, sure that I can do this,” Joanna writes. “Confident that I was made for this very thing in this very season.”

Based on the beautiful photos she’s shared of her newborn so far, parenthood clearly agrees with Joanna and Chip.

(And yes, that’s a peek at Crew’s adorable nursery.)

While her pregnancy was unexpected, the mom of five is grateful she conceived Crew when she did. “It’s sweet how, even in the most unpredictable ways, we’re given exactly what we need for that exact moment in time,” she writes. “It wasn’t something I could have anticipated. But being pregnant and ‘forced’ to slow down has been a gift.”

After Losing Her Mom, Blogger Reminds Us to Take More Photos With Our Kids

The Best Parenting Hacks of 2018