But would guys remember to take it?
ByAnisa Arsenault
Associate Editor
PublishedApr 2018 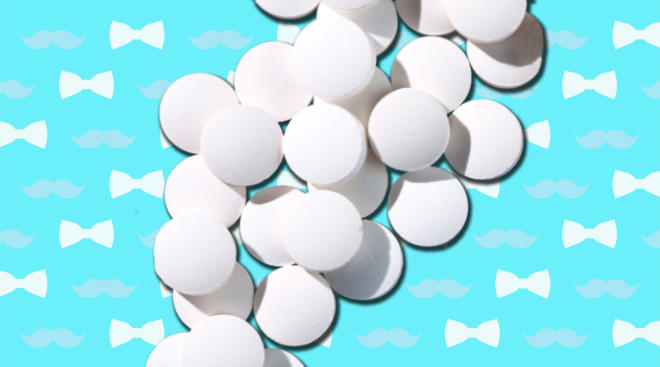 We can send a man to the moon, but we can’t nail down an effective version of a male birth control pill. It’s a challenge researchers continuously pursue, and the latest research says a compound called EP055 may be the next big thing in the world of male contraception.

Currently, even high-dose IV infusions of EP055 haven’t caused any physical side effects or proved to be irreversible—but it’s only been tested on monkeys (male rhesus macaques, to be exact).

While human testing is still a ways away, researchers have already begun to test a pill form of EP055. They plan to eventually conduct a mating trial in monkeys to ensure it actually protects against pregnancy.

Meanwhile, we won’t get our hopes up. Because, well, we’ve seen this before.