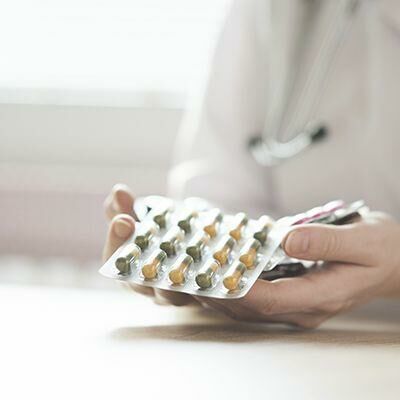 The No. 1 form of birth control is, you guessed it, the pill. Among the 62 percent of American women taking birth control, the majority (16 percent) are on the pill. With generic brands covered by insurance, it’s the cheapest and simplest way not to get pregnant. But the runner-up? A much more permanent choice: sterilization.

The findings come from the latest report from the Centers for Disease Control and Prevention’s (CDC) National Center for Health Statistics. And the numbers show that sterilization is actually a very close second to the pill; 15.5 percent of women are opting for it.

Surprised? Maybe not after you read the demographic breakdown. One in three women ages 35-44 choose sterilization, compared to less than one percent of women 15-24. So it’s a popular choice among older women ready to say “see ya later” to their childbearing years.

And even though 15.5 percent is a close runner-up to the pill, that number is lower than in past years. With alternative long-term, no-hassle forms of birth control out there like the intrauterine device (IUD), researchers expect sterilization rates will continue to drop, especially as IUDs become less expensive.

A recent study from The New England Journal of Medicine even found that after teenage girls were counseled about birth control and asked what they would choose if it were free, 72 percent of them opted for an IUD. (via TIME)