Even in the middle of a two-year custody battle, breast is best.
ByAnisa Arsenault
Associate Editor
PublishedNov 2017 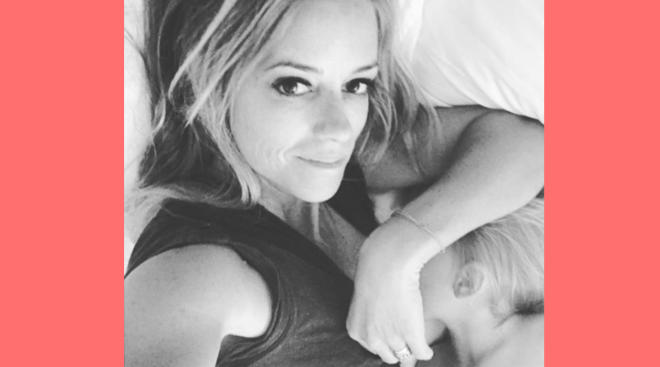 Rehab Addict’s Nicole Curtis has been defending her choice to breastfeed her toddler for months. But it sounds like she’s coming to the end of tirelessly fighting for her right to nurse; new court documents say Curtis is in the process of actively weaning her 30-month-old son, Harper, off breastfeeding.

“Every single day I have to weather criticism about how my child is too old to breastfeed," she tells PEOPLE. "But when he weans, it’s going to be his decision. I truly believe it’s the child’s choice.”

Harper may have begun to make his choice. The Blast obtained Nov. 27 court documents from Curtis’s custody battle with her ex, Shane Maguire, showing Curtis is still asking the court to deny Maguire additional parenting time. He has previously argued the request is because of her breastfeeding. She says that’s now a non-issue.

“Breast-feeding of the minor child does not interfere with [Maguire’s] parenting time,” the documents read. "While [Curtis] is in the process of weaning the minor child, this is a complete ‘non-issue’ in this matter.”

It hasn’t always been a non-issue. Curtis learned she was pregnant shortly after splitting from Maguire, and he was granted both paternity and joint custody when Harper was 6 months old. But agreeing to the terms of joint custody has proved challenging for the former couple, especially when it disrupted Curtis’s plans to exclusively breastfeed.

“He had never had a bottle before, and then all of a sudden that was his only option while he was with his dad,” Curtis says. “I had no idea that a judge could say, ‘You’re court ordered to not feed your exclusively breastfed child. It’s important that children have both of their parents. But [preventing] me from breastfeeding my child just so he can see the dad is not right.”

Maguire, on the other hand, says Curtis is using breastfeeding as a tool to keep Harper away from his father.

While Curtis denies trying to interfere with Maguire’s visitations, she’s been vocal about the strain it’s placed on her breastfeeding.

“I had to pay an outside licensed lactation specialist to witness me pump without results,” she tells PEOPLE. “I sat in my living room with my shirt off, hooked up in front of a stranger to document that my body did not produce enough…I’m still carrying around an electric breast pump trying to keep my breast milk supply up.”

The American Academy of Pediatrics (AAP) recommends exclusive breastfeeding for baby’s first 6 months, followed by breastfeeding combined with complementary foods until 12 months. After that, the AAP advocates for the “continuation of breastfeeding for as long as mutually desired by mother and baby.”

While Curtis’s desired breastfeeding timetable has already been disrupted, she seems to be making the best of the situation. And it’s something she’ll continuously defend.