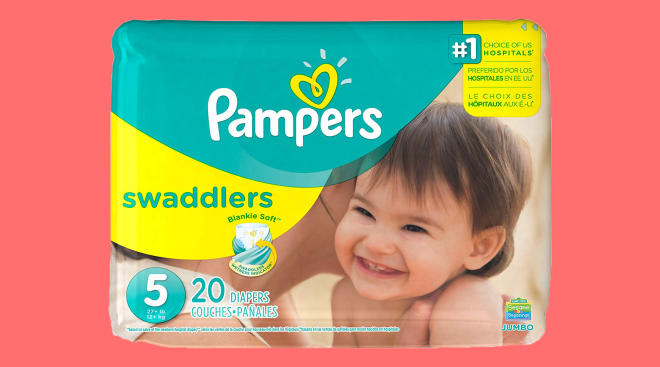 Parents know just how quickly you can blow through a stash of diapers—and for every wet nappy you toss, your mental cash register tallies up the cents you just spent. It’s estimated that families spend $2,000 to $3,000 on diapers alone in those first two years. Unfortunately, that price tag may be getting even higher, now that Pampers is jacking up their prices.

Procter & Gamble, Pampers’ parent company, announced this week they’re raising prices for Pampers diapers by an average of 4 percent, although the exact increase will depend on the size and type of diaper as well as the retailer.

Before you get too upset, a 4 percent price hike likely won’t break the bank. According to MarketWatch, Target sells a 100-count pack of Pampers Swaddlers diapers for $25. With the increase, the cost will be about $26. It’s not great, but it’s likely not going to be a total deal-breaker.

So why the jump in price? Procter & Gamble pointed to the rising cost of pulp, a raw material used to make disposable diapers, and higher transportation and freight costs. This isn’t the first time they’ve had to raise their prices, and it likely won’t be the last. In 2011, P&G and Kimberly-Clark Corp., the company that makes Huggies diapers, upped their price points for similar reasons.

For now, the new higher prices are expected to roll out between October and December, making now is a good time to stock up on Pampers if you’re looking to save a few dollars.

If you’re going to buy in bulk from Amazon, a word of warning: Be on the lookout for counterfeit diapers. There have been multiple reports of people buying what they believe are Pampers brand diapers, only to discover they’ve actually purchased lesser quality fake versions when the package finally arrives. If the price looks too good to be true, it probably is.