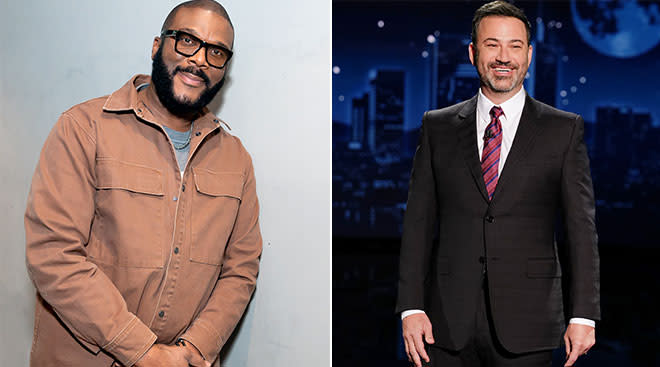 Parents, get ready: Paw Patrol: The Movie is still coming in August 2021—and the all-star cast lineup has just been announced.

The voice cast was announced Thursday, October 15 and includes Kim Kardashian West, Jimmy Kimmel, Tyler Perry, Randall Park, Yara Shahidi, Dax Shepard and more. According to People, the recurring cast of the television show will voice the main characters, Chase, Marshall, Rubble, Zuma, Rocky and Skye. Many of the stars in the lineup will instead voice characters that were written specifically for them.

“Kim’s character is a new character being created for her specifically in the film,” a source told the outlet. Kardashian West also tweeted, “I’m officially cool mom now to my kids! Paw Patrol We’re On A Roll!!!"

The news of the upcoming movie was announced in February, and production has been on schedule, despite the ongoing pandemic.