“We’re a place where people come to find inspiration, and there is nothing inspiring about harmful content,” a manager at Pinterest stated.
Save article
ByStephanie Grassullo
Associate Editor
PublishedFeb 2019 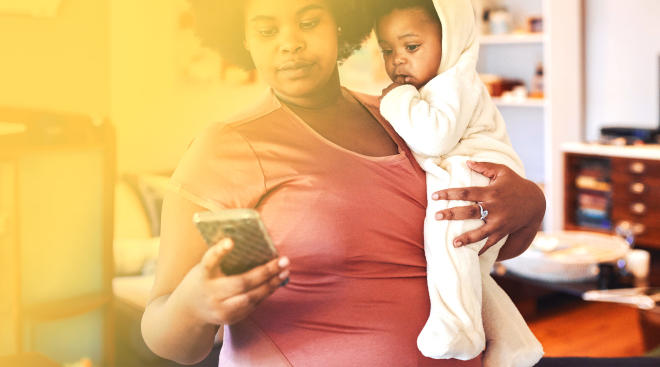 It’s no secret that vaccines are a hot-button issue, and a bunch of social networking platforms have recently been accused of being way too lax in monitoring false advertisements making their way around the web. Most recently, Facebook was put on blast after multiple ads promoting anti-immunization ideas were targeting pregnant women and women interested in getting pregnant.

“We’re a place where people come to find inspiration, and there is nothing inspiring about harmful content,” Ifeoma Ozoma, a public policy and social impact manager at Pinterest, tells The Guardian. “Our view on this is we’re not the platform for that.”

After a 2016 scientific study found that 75 percent of posts related to vaccines on its platform were negative, Pinterest quickly updated its community guidelines to ban “promotion of false cures for terminal or chronic illnesses and anti-vaccination advice,” The Guardian reports.

Pinterest now blacklists search terms like “vaccines” from the platform, as well as sites promoting the same misinformation. While some content still slips through the cracks, it’s a major step to stop the circulation of false information online.

The pinning platform isn’t alone in its efforts. After YouTube was put in the spotlight for allowing vaccine conspiracy theories to spread, the video streaming site will no longer allow ads to live on its platform, according to Variety.

“We have strict policies that govern what videos we allow ads to appear on, and videos that promote anti-vaccination content are a violation of those policies,” YouTube said in a statement. “We enforce these policies vigorously, and if we find a video that violates them, we immediately take action and remove ads.”

Despite doctors’, scientists’ and other medical experts’ efforts to explain why vaccines are the most effective way to prevent you, your family and those around you from developing dangerous diseases, people still have vaccine hesitancies. It’s escalated so much that the anti-vax movement was declared a global health threat for 2019.

Part of what gives it so much momentum is the misinformation, like ads that sneak into your newsfeeds, which quickly makes the rounds. For example, many still believe the now disproved link between autism and vaccines. The connection was first made in an inaccurate study published in a medical journal, but the AAP, CDC, World Health Organization and the Institute of Medicine are all clear on one thing—vaccines do not cause autism. Even worse, in 2010, the study was found to have been fraudulent—the doctor who reported it intentionally altered the results—and it was retracted completely.

Vaccination is one of the most cost-effective ways to avoid disease, and currently prevents 2 to 3 million deaths a year. According to the World Health Organization, an additional 1.5 million could be avoided if global coverage of vaccinations improved.