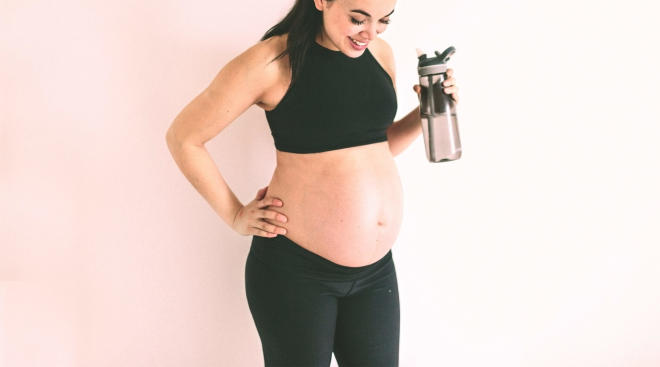 There’s a limit to the amount of energy the human body can use consistently over a period of time. The limit is just about the same for endurance athletes who participate in short competitions as it is for people who are pregnant and lactating, researchers at Hunter College found. Essentially, what that means is there’s a limit to the amount of energy people can release for a period of time, and pregnancy pushes those limits too. The findings were reported in the journal Science Advances, and reported on by Quartz.

Anthropologist and lead study author Caitlin Thurber measured the caloric output of six athletes as they competed in the 2015 Race Across the USA. Only three of the six original athletes the team studied completed the course—one became injured, and two decided to take an even longer course across the country. Toward the end of the race, athletes were burning 600 fewer calories per day than expected—5,400 instead of 6,000, and their metabolism slowed to about 2.5 times their basic metabolic rates. That’s because when running a marathon a day, the human body finds a way to save calories, the study’s authors explain.

After comparing the number of calories burned from the Race Across the USA study participants to other endurance athletes previously measured, they noticed the longer the endurance challenge, the fewer calories that were burned. Researchers found the maximum amount an athlete burned was about 2.5 times their typical rates. The study’s authors compared it to previous data on the number of calories women burn while pregnant and lactating. Most tend to burn about double the amount of calories, according to a 2005 study.

Compared to all apes, humans have one of the most energy-involving pregnancies due to the length of gestation and the size of babies. Humans are also one of the best endurance athletes. Humans’ metabolic limit could be the reason for both these things, explains Herman Pontzer, an evolutionary anthropologist and co-author of the paper.

As Quartz points out, it’s a tough theory to gather enough concrete evidence to support. Pregnant women are usually excluded from studies, and there isn’t a large surplus of extreme athletes around the world to use for research. But if nothing else, it reconfirms that pregnancy is an awe-inspiring human feat.