In some cases, preschoolers were found to be spending up to three to four hours a day on devices.
save article 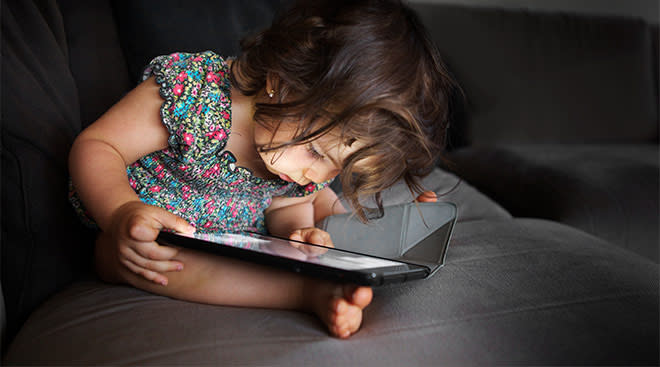 It’s no secret that screen time has been on the rise for kids, as tired parents struggle to manage work, household chores and childcare (an impossible task). However, a recent study indicates that preschoolers are spending more time with screens than parents realize.

When comparing parent estimates of usage to the objective data, the study found that roughly one-third of parents overestimated the time their child spends on the device and roughly one-third of parents underestimated the time by about an hour. The study also found that parents were more likely to underestimate when their child was using the device for more than an hour a day.

“Participant recall accuracy of mobile device use may be low because exposure occurs in small bursts — less likely to be remembered than longer interactions — and parents may find it difficult to monitor content when children use handheld devices individually,” the authors wrote in the study, adding that similar device-monitoring programs, “may be an important future data collection tool for pediatric, adolescent, or adult research.”

While the most common apps these preschoolers were using included YouTube, YouTube Kids, internet browsers and searches and streaming video services, some, who shared devices with other family members, were also found to be using apps with gambling and violence.

According to the AAP, preschoolers should spend no more than one hour each day with digital media and the content should be educational, nonviolent and viewed with a parent or caregiver.

“Taken together these findings point to the need for pediatricians to be aware of their pediatric patients’ device use,” authors of a related commentary wrote, suggesting pediatricians may want to discuss screen usage and age-appropriate content with families as part of their clinical care. However, more information is needed on whether similar device-usage tracking programs would be practical for use in clinical practice.