Racism Is a Threat to the Health of Children Everywhere, AAP States

“Racism harms children’s health, starting from before they are born. A growing body of research supports this, and we cannot ignore the impact.”
save article 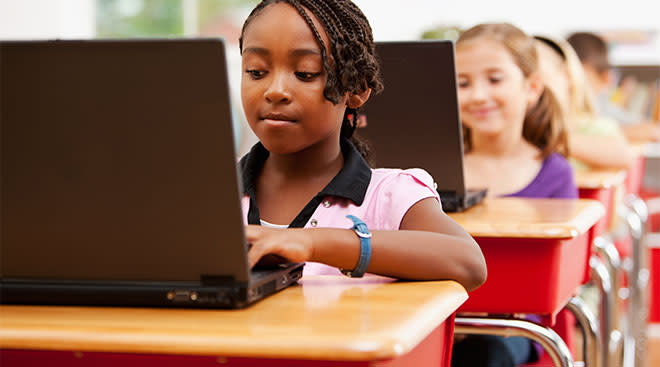 Over the last week, protests have sparked across the country to bring longstanding, systemic racism and racial injustice within America to the forefront. The ripple effect of that injustice impacts people of all ages, including the youngest of kids and even babies still in utero, according to the American Academy of Pediatrics. On June 1, the president of the AAP released a public letter calling on pediatricians to help dismantle racism in America, as it poses a risk to the health of children everywhere.

“We must dismantle racism at every level, from individual to institutional to systemic,” AAP President Sara “Sally” H. Goza, MD, FAAP, said in the letter. “Our nation did not get here overnight, and the road to progress and healing will be long and difficult, but the work we have before us is essential. Our children’s future will be built on these moments of reckoning.”

The letter states that the murder of George Floyd is simply the latest evidence of the racism and inequality that persists across all systems, including education, employment and judicial and health care systems—and that the widespread discrimination children are exposed to can create “toxic stress that affects their physical, mental and behavioral health throughout their lives.”

“Racism harms children’s health, starting from before they are born," Goza wrote. “A growing body of research supports this, and we cannot ignore the impact.”

This is not the first time the AAP has spoken out about the effects of racism on children. In 2019, they issued a policy statement showing how racism impacts the health of babies and children in several ways. While most obvious is experiencing racism directly from peers and other individuals, it can also manifest in school and other spaces where kids learn and play as a result of limited access to resources and economic opportunities. And its negative effects aren’t limited to the child who is being targeted. Studies have found that young adults who had witnessed racism as children had “profound physiologic and psychological effects” later on in life, the statement says.

Racism also plays a role in the health of infants and even babies still in the womb. Studies show that racial disparities persist in the infant mortality rate, and low birth weight has been associated with racial discrimination and the resulting stress experienced by moms-to-be. According to the CDC, Black and Native American women are about three times more likely to die from a pregnancy-related cause than white women.

While addressing racism in American, there’s one important thing for parents to remember: Children begin to notice race at a very early age. According to the AAP, kids can discern some differences associated with race even as infants. It’s important for parents to have conversations surrounding race and privilege with their children early on and for pediatricians to help support them. In their recent statement, the AAP lists resources parents can use to help talk to their children about the death of George Floyd and subsequent protests, taking into account kids’ age and stage of development.

“These are conversations many African-American families have had to have for generations,” Joseph L. Wright, MD, MPH, FAAP, a member of the AAP board of directors and immediate past chair of the AAP Task Force on Addressing Bias and Discrimination, stated. “But if this is not something other families have discussed yet, what is happening right now is an essential and unavoidable teachable moment. If we are to progress in this country, it’s going to be because we help our children, adolescents and young adults learn not just that racism exists, but that it is something all of us can work together to dismantle. Racism is not inexorable.”