“She better be careful, or she'll still be nursing him when he's off to college!"
ByStephanie Grassullo
Associate Editor
PublishedSep 2018 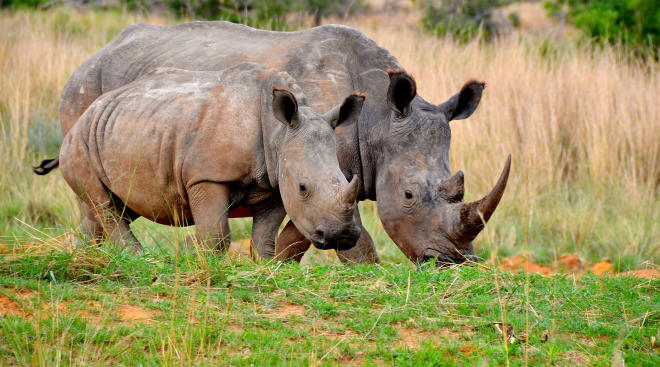 Even though it’s completely natural, people still insist on shaming moms for breastfeeding. Without fail, the peanut gallery will always have something to say about where, when and how a mother feeds her baby. But ultimately, those decisions are not up to them.

The Cincinnati Zoo & Botanical Garden posted a now viral photo of a rhinoceros nursing her baby, and the comment section is hysterical. Many fed up moms are leaving sarcastic messages “shaming” the rhino for breastfeeding, and it truly is perfection.

“Kendi will still nurse every now and then when Seyia will allow it,” the post describes the scene.

The picture captures a beautiful moment between a mother and her babe, and moms are using it as a perfect opportunity to poke fun at mom shamers who are notorious for giving their two cents on breastfeeding.

“Shouldn’t she throw a blanket over his head,” a comment hilariously asks.

Another fires back with, “she better be careful or she’ll still be nursing him when he’s off to college! He’s definitely old enough to be on cow’s milk now.”

“Ridiculous that mom allows that! She’s just trying to entice the other dads in the compound! She should be ashamed,” a comment mocks.

“Clearly that is only for the mother’s benefit,” jokes one mom.

Another note reads, “can’t they do that in the bathroom? I’m trying to eat here…”

The list goes on and on, and we love how moms are banning together to vent out their frustration. Breastfeeding is an empowering moment between a mother and her child. Never let anyone convince you otherwise.