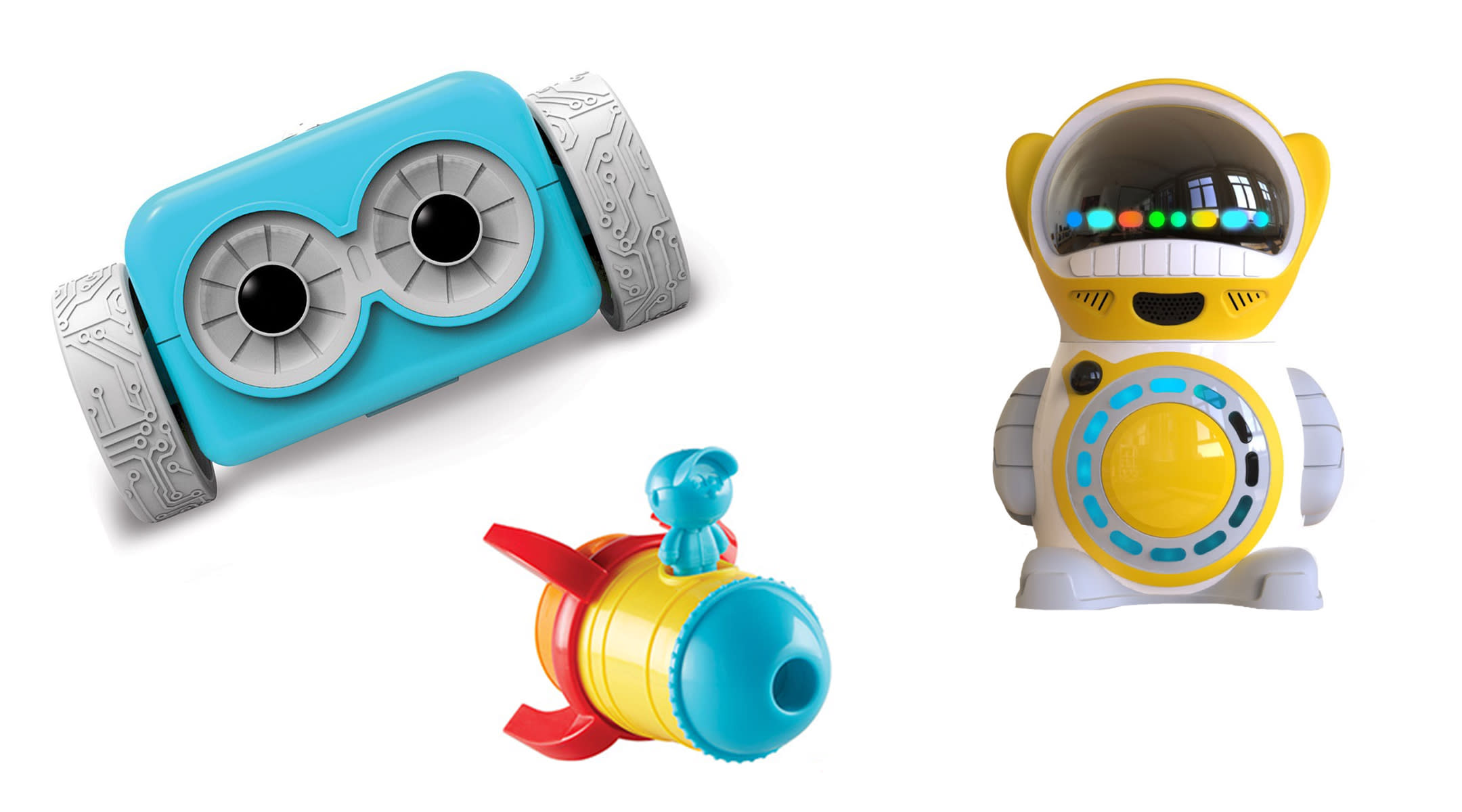 Imagine thousands of adults blowing bubbles, riding light-up scooters and darting beneath a giant inflatable Pikachu. That pretty much sets the scene for Toy Fair, an annual event that landed in New York City this weekend. Every year, industry experts, established brands and up-and-coming companies converge for a weekend full of fun, showcasing the best of the best in toys and games. It’s our job to identify the trends, particularly for the preschool crowd.

This year, it became clear you can never be too young to learn about STEM—science, technology, engineering and math. But the problem with many STEM toys, particularly those focused on coding, is that they rely on apps to work. That means kids need to log screen time, which the American Academy of Pediatrics discourages too much of, especially before age 2. Enter this batch of screen-free STEM toys, including four focused on coding.

Consider this three-in-one set your toddler’s entry point to engineering. Kids can mix and match the pieces to build—you guessed it—a rocket, a train or a helicopter. It’s a great primer on sequential thought and fine motor skills. And the included play wrench is just plain cute.

The Code-a-Pillar may not be a brand new toy, but it was still front and center at the show. The big pieces are a big hit with the preschool crowd; all eight are interchangeable and can be rearranged to chart the bug’s path. Move him forward, left or right and create a different course every time, learning sequencing along the way.

What if we told you a peanut butter and jelly sandwich could teach your kids how to code? Meet Sammy, the sandwich-shaped robot from Thames and Kosmos that teaches 30 coding lessons, no app or screen necessary. An optical scanner on the bottom of Sammy reads the program when you place it on top of “code cards.” After that, place it on “map cards” to watch the program play out.

Like an Amazon Alexa for kids, Scout uses wifi and its own custom search engine to answer kids’ questions both intelligently and appropriately. But unlike Alexa, Scout can ask you questions right back (and tell jokes, and play games, and converse), making learning a two-way process. Plus, this little astronaut is just as much of a toy as it is a smart speaker; sensors allow it to respond to actions like being lifted while LED lights help it convey emotion. Playtime just got a whole lot more interactive.

Leave it to this cute little robot from Learning Resources to simplify the concept of coding. If you draw a black line, Botley will follow it. If you place an object in his way, he’ll turn around. And if you use the remote control, you can move him using the 42 codes from the included coding cards.

LEGO Duplo has long been helping little hands build. And Duplo has long been making train sets. But this brand new STEAM train is bringing coding into the station, allowing kids as young as 2 to add special bricks to the track to explore cause and effect. Each brick has a different function, causing the train to make noise, reverse, etc. While this toy does come with an accompanying app, you can code and play without it.