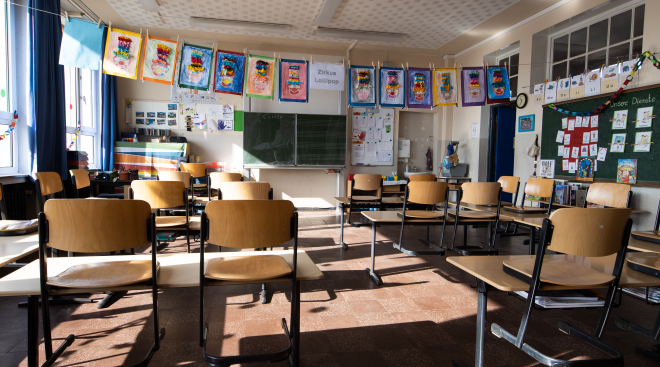 As school districts across the country grapple with whether or not in-person schooling should resume in the fall, one study is finding that school closures significantly reduced transmission of COVID-19.

According to a new study published in JAMA Network, closing schools across most of the country in March likely reduced COVID-19 cases by one million and saved over 40,000 lives.

The study was conducted by researchers at Cincinnati Children’s Hospital Medical Center, the University of Cincinnati and the Pediatric Research in Inpatient Settings Network in Ohio. They looked at real number cases and deaths from the first six weeks schools were closed and compared it to a computer model of how the infection rate would have differed if nothing in the country had shut down. The researchers then calculated how much time the virus would take to spread in schools and, eventually, lead to hospitalizations and deaths. They found that school closures “may have been associated with approximately 1.37 million fewer cases of Covid-19 over a 26-day period and 40,600 fewer deaths over a 16-day period.”

According to the study, areas of the country that closed schools sooner saw a faster decline in likely cases, whereas places that waited saw a higher infection rate. The study cautions, however, that it doesn’t prove cause and effect.

In March, there was still much unknown about the virus and testing was not to the point it is presently. Rather, the study hopes to help officials make an informed decision as to whether schools should open in the fall. The authors of the study stress that their findings are based on a model that shows classrooms without safety precautions, as they would have been in March.

“At the time, there wasn’t any masking in schools, there wasn’t physical distancing, there wasn’t an increase in hygiene and that sort of thing,” Dr. Katherine Auger, an associate professor of pediatrics at Cincinnati Children’s Hospital and the lead author of the study, told The New York Times. “The findings of our studies took place before any of those measures were in.”

Both the American Academy of Pediatrics and the Centers for Disease Control are in favor of returning to in-person schooling with protective measures in place. However, Samir Shah, a co-author on the paper and director of hospital medicine at Cincinnati Children’s Hospital Medical Center and one of the authors of the paper, emphasized that reopening schools is a complex and delicate process. “It’s not simply a decision of, what is the risk of Covid,” he told The New York Times. “It also has to factor in what are the benefits versus harms of not having children in school in person.”

The CDC Has Issued Updated Guidelines for Summer Camps

One Year of Covid: the Lessons Learned and How to Get Back on Track

The COVID-19 Vaccine: Answers to Your Top Questions

How WFH Parents Can Actually Be Productive With Kids Underfoot

If You Had a Baby in 2020, You May Be Eligible for Stimulus Money

20 Elf on the Shelf Displays That Perfectly Sum Up 2020