This Pregnancy Food Cuts Your Child's Asthma Risk in Half, Study Finds

Time to kick it with some kale.
save article 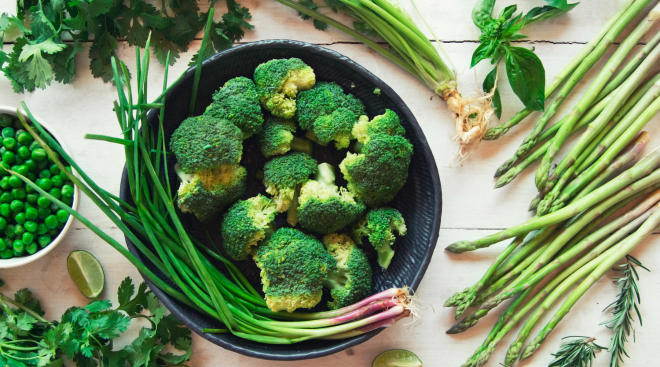 Pregnancy cravings have a mind of their own, and they aren’t usually thinking about fruits and vegetables (unless pickles count as a vegetable?). But, according to one study, pregnant women really should make a concerted effort to chow down on their greens because it could reduce the chances of their babies developing asthma by 40 percent.

A team of researchers, including some from the National Center for Child Health and Development in Japan, spent over two years studying 310 groups of pregnant women and their children who visited the center between May 2010 and November 2013. During that time, the researchers compared a group of mothers-to-be who consumed fewer vegetables (78 grams per day) against a group that consumed a large amount (286 grams per day) during the first 16 weeks of their pregnancy. At the end of the study, they concluded that the 2-year-olds born to the mothers who ate more vegetables had about a 40 percent less chance of exhibiting symptoms of asthma—think wheezing, coughing and shortness of breath—than the toddlers whose mothers ate fewer vegetables.

Wondering if some vegetables are even better than others? Spinach and asparagus, which are high in folic acid, demonstrated an extra protective effect. The same was true for mothers who ate a lot of cruciferous veggies, like broccoli and cabbage, which are high in iron.

Moral of the story: The next time you’re craving hot dogs dipped in peanut butter, consider throwing in a side of kale. And if all else fails, you could always get a dog; studies show kids who grow up with puppers also have a lower likelihood of developing asthma.