Why You Shouldn't Strive for Pregnancy Abs 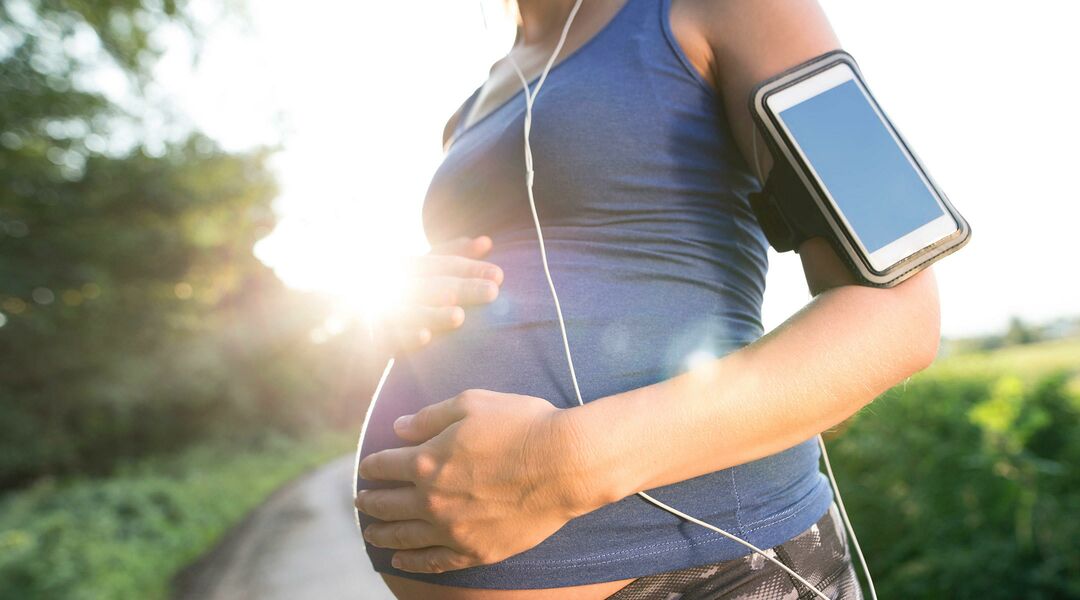 When Los Angeles model Sarah Stage posted pics of her surprisingly slim 8-month pregnant bikini bod on Instagram, she certainly received the attention she solicited. Some praised her impressive physique while others remarked she must have an eating disorder and unhealthy pregnancy. So began a heated dialogue about what pregnant women should look like. Then, much to my surprise, I received messages from women striving to get “pregnancy abs.”

I write this not to bash Sarah Stage for her outrageously fit pregnancy. I write this as a public service announcement to all women out there who are not tall, skinny, supermodel types: Don’t even think about pregnancy abs! Here’s why:

Unless you had super toned and defined abs before you got pregnant, your chances of developing them while your muscles are becoming increasingly stretched over an expanding uterus are — sorry for the pun — slim-to-none.

As mentioned above, the abdominal muscles become progressively overstretched during pregnancy, so much so that they often separate above and below the belly button, like a zipper opening between the two sides of the rectus abdominis muscles (they are the ones the form the “six pack”). When the gap between the muscles is larger than the width of three fingers, it is considered an abnormal condition called diastasis recti. It was once thought that women should avoid all abdominal exercise during pregnancy to reduce the risk of diastasis recti, but we now know it’s safe to do some core work. The key is to only do abdominal exercises that are designed for pregnancy, which means no hardcore sculpting exercises to develop “pregnancy abs”.

If you’re wondering if you have diastasis recti, check out this video to learn how to test for it.

Time Is on Your Side

While I am most definitely a proponent of exercise during pregnancy and of getting back the body you want after baby comes, I always recommend staying relaxed and focused on health rather than weight gain or your changing body during pregnancy. Pregnancy inevitably brings expanding curves all around. Making healthy food choices and exercising regularly within your limits will increase your chances of a healthy pregnancy and a healthy baby. You will have plenty of time afterward to get that rock-hard bikini body.

For the record, I think Sarah Stage looks like a perfectly healthy pregnant woman. It’s true, her bump looks teeny tiny in the photos. But I have seen many baby bellies and I can attest that tall, thin women often do not show much at all since they have so much space vertically for the baby — it has no need to pop out in front. At a reported 20-pound weight gain during her pregnancy so far, Stage is at the low end of the normal range of a healthy weight gain, but normal nonetheless. I say this because I don’t believe she should be bashed, nor do I believe that she should be sensationalized. We all have our own normal. Love your body for its amazing ability to grow babies and focus on being a healthy mom rather than a bikini model.