Why I Waited 5 Years to Have My Second Child 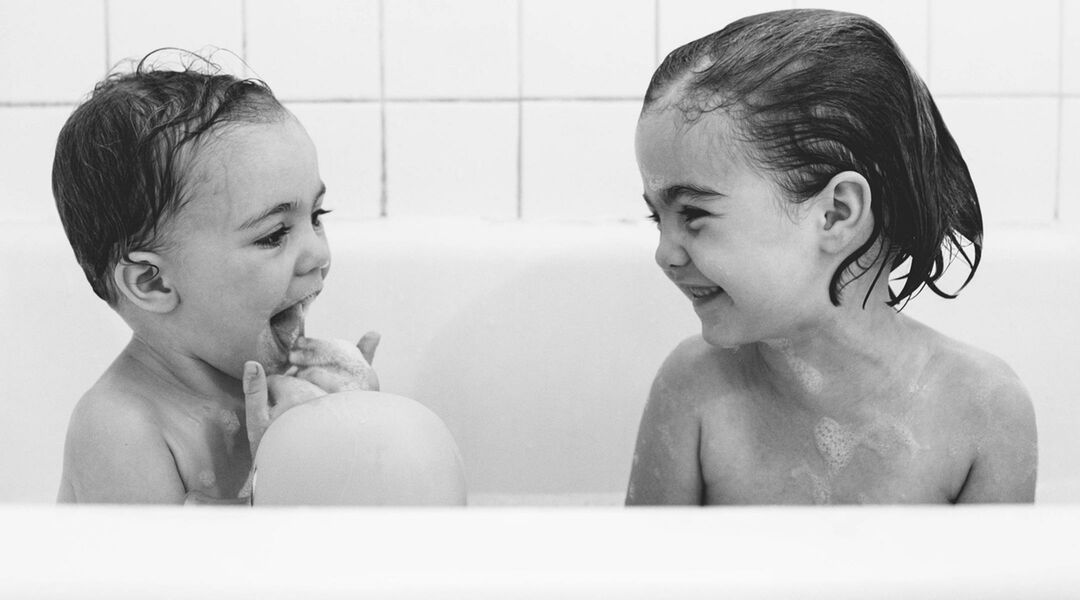 I am like most of you: a mom trying to juggle a full-time job, motherhood, marriage, some semblance of a personal life, friendships and, of course, my sanity. I have a 6-year-old son, “Buddy,” and a 20-month-old daughter, “Mimi.”

When people ask me how old my children are, I usually get the same reaction: “Wow, that’s a big age difference!” or “Hmm, they’re not very close in age, are they?” or – my personal favorite – “You sure did wait awhile!” (Yes, someone was insensitive enough to actually say that to me).

This always makes me laugh because I don’t consider five years to be a huge age difference. Of course, I may be biased, considering my sister and I are four years apart, and my husband is five years older than his sister. But it wasn’t like we had a master plan when it came to spacing out our children. We weren’t on a “schedule”; it’s just how things turned out. We moved from Baltimore to the Boston suburbs just before Buddy’s first birthday, and it took us awhile to not only adjust to our new surroundings, but also to the demands of being parents to an increasingly independent and curious little guy. He took so much of our time and energy that the thought of having to share myself with another child, and divert my attention from him, seemed heart-breaking… and completely overwhelming.

And, honestly, we wanted to enjoy our time with our son. By the time we got through the sleepless newborn nights and the terrible twos and the potty training, we had a pretty good thing going on. Buddy had a little independence and we finally had our bearings. The three of us could go out to dinner and the movies and the zoo. We could sleep in (kind of). We were perfectly content as a little family of three.

We also didn’t want to rush into baby #2. We wanted to make sure we were ready, both physically and emotionally. Plus, there’s everything else to take into consideration when deciding to have another child: finances, child care, lifestyle. We figured we would know when we were there.

And we did. Around Buddy’s fourth birthday, baby fever kicked in, and for the first time I felt truly ready to do it all over again: the midnight feedings and the diapers and the sleep deprivation. It felt right.

I have to say, there have been some unexpected benefits to having a large age gap between your kids, besides the fact that (unless you’re like us and have an older child with a September birthday who misses the kindergarten cut-off) you avoid the financial hit of paying “double daycare” or simultaneous college tuitions.

There’s the obvious: only one child in diapers. Buddy is independent, able to play on his own, use the bathroom by himself, grab a snack from the fridge. He is also extremely helpful, whether it’s grabbing a bib for me or handing me the telephone, which I think helped make him feel involved, especially when Mimi was small. And there is less sibling rivalry: he can use his words and communicate if he’s feeling left out or sad or needs us for something.

But at the same time, there are also some drawbacks. They’re on completely different developmental levels. While Buddy is trying to read and sound out words, a drooling Mimi wants to chew on his books like a teething ring. Because they will be five grades apart, they’ll never be in the same school at the same time.  I worry that they’re not going to have much of a bond growing up, that they’ll find it hard to relate to each other. Just think: what does a 14-year-old boy have in common with his 9-year-old sister?

We all have our reasons for waiting to have another child – or not waiting. Maybe there were fertility struggles the first time around. Maybe there are financial or logistical considerations. Maybe you want to get the diaper stage over in one fell swoop.  And then sometimes Mother Nature has something totally different in store for you.

For me, I’m thankful I had so much one-on-one time with my son. Waiting nearly five years before having another baby ensured I was emotionally prepared and able to cope with a second child. It also means that I’ll be able to give my daughter the same kind of attention when her brother is off at school or Little League or other “big kid” activities.

And I tell myself that a large age gap doesn’t mean they won’t be close or get along. It just means that we may have to work on it a bit more. Right now, they actually do seem to enjoy each other’s company. I see how much Buddy adores his sister (even if he tortures her at times and refuses to let her in his room) and how much Mimi idolizes him (even though she tattles on him.)

So for all the talk and debate over the “ideal” age difference between your kids, I firmly believe there is no right or wrong answer. You have to do what’s right for you and for your family. All that matters is that your children – regardless of their age difference – grow up surrounded by love. The rest will fall into place.

How far apart did you space your children? Did you plan it that way?