The Moment I Was Mistaken for My Child’s Nanny

I had heard about this moment from my African-American friends with lighter-skin babies.
Save article
ByA.K. Shackleford
UpdatedOct 2017 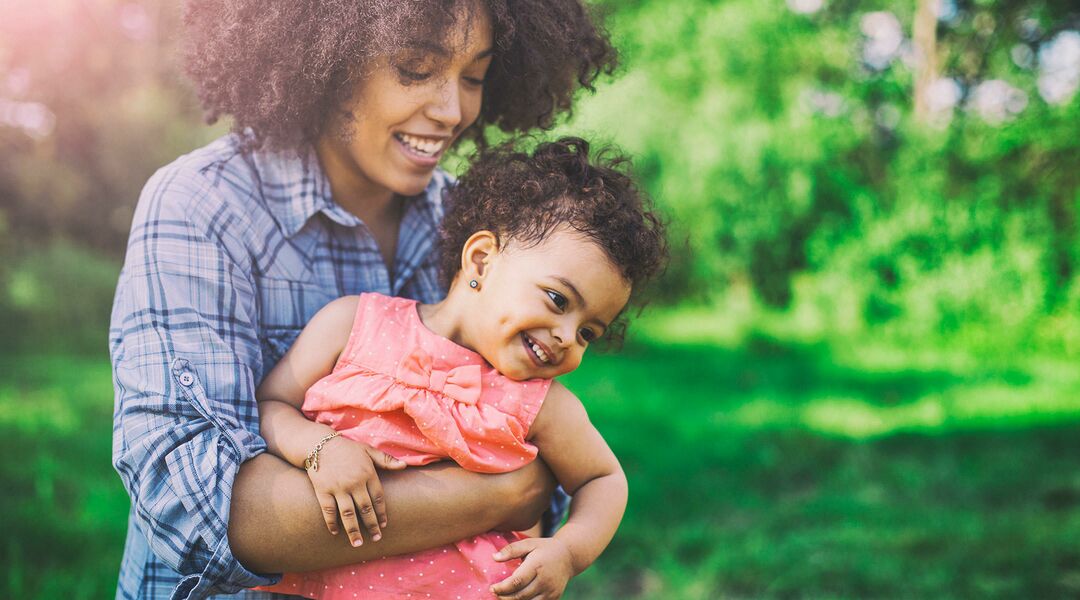 “Make way, here comes another nanny!” a Midwest tourist announced while herding a group of Midwestern teenagers off to the side on a crowded New York City street, making a pathway for me and my child’s stroller.

And there it was: The moment I had been dreading since I married my “white-looking” husband (more on that later) and started a family together. It’s the moment all moms of color with “mixed” babies dread. The moment when people’s assumptions about color and race speak volumes on how we still see color in our country. I was mistaken for my child’s nanny.

I’m African-American, and I had heard about these moments from my African-American friends with lighter-skinned babies; even from a Filipino friend who is the mother of an interracial baby. With the prevalence of Filipino nannies in New York, she too had been mistaken for a nanny.

And remember the cute viral video of the British dad whose mixed-race daughter and baby son barge in on his BBC interview while his Korean wife desperately scrambles to yank both out of the room? Yep, plenty of well-meaning viewers assumed she was the hired help as well.

Mothers of color compare stories of “the moment” much in the same way black Americans compare stories about the first time they were called the N-word (yes, we compare stories). I know that sounds like a harsh comparison, but is it really? When a mom of color is mistaken for a nanny, it inherently assumes the color of her skin or her race is tied to her social and economic station in life. For many African-American moms like me, those assumptions carry the weight of America’s legacy of slavery and the black mammy.

I had always thought, That could never happen to me. I don’t even look like a nanny (whatever that means). I’m college-educated and have an MBA. Of course, being a nanny doesn’t imply you aren’t college-educated, but I admit, when this incident happened to me, these thoughts crossed my mind. So I replayed that moment over and over in my head, asking myself, Why would she think I’m a nanny? Why didn’t I say this or that? What was I wearing? It left me wondering about how many other people mistook me for a nanny as I shuttled my one-year-old about town.

Getting back to my “white-looking” husband. While my husband appears white, his father is African-American (albeit very fair-skinned), and raised within a predominantly African-American New York neighborhood: Brooklyn’s Bedford Stuyvesant. So while I don’t consider my husband “white” and neither does he, I knew there would be a chance that our child could potentially be born light-skinned and invite those “is she or isn’t she the nanny?” stares when we were in public.

As it turns out, my older child shares both my skin tone and my very curly hair. She is her mother’s daughter, and all it took was a second look, which is what the Midwestern tourist did, to realize the connection. After looking at my daughter and then me again, she said, “Oh, it’s a mom!” At the same moment, I shot back, “I’m not a nanny!” The comment seemingly fell on deaf ears as the Midwestern tourists had already walked past, unaware of the unintentional racial can of worms that had been opened.

Has this moment altered my life or scarred me? No. Has it heightened my paranoia about how white people perceive me? Yes. I tend to drag out the expensive purse, shoes and watch when going to a play center, school or kiddie birthday party where I’m not familiar with the majority of people there. My husband, on the other hand, can get away with wearing a t-shirt and track pants and he gets Dad of the Year approvals for just showing up. I also talk in the third person to my children in public so there’s no mistaking who is their mother. I sound a bit like Elmo, especially when I say things like, “Mama loves you,” or “Mama wants you to get in the stroller,” but hey, a mama has to do whatever it takes to stave off any awkward encounters.

It’s also made me more sensitive toward parents who may not, upon first glance, appear to be the parent; perhaps they’re the adoptive parent or even an older parent. These days I listen more carefully to the interactions at the park, and try to pick up nuances that will clue me in to the relationship before I assume or even label someone as parent or caregiver. Above all, I appreciate when people ask questions with the reverse assumption: She’s your daughter, right? or You’re the mom, right? Right, I am.

How to Find the Best Nanny for Your Family

The Going Rate for Babysitting: How Much to Pay Your Sitter

What Parents Are Paying Their Babysitter, According to Survey

How Is Your Nanny Using Social Media?

Want to Have a Great Relationship With Your Baby’s Nanny? These 5 Tips Should Help

How I Knew My Nanny Was the One

How to Train Your Nanny

Q&A: How Can I Learn to Let Go Now That I Have a Nanny?