The rad real mama lets us in on the secret life of pumping in an office full of dudes. 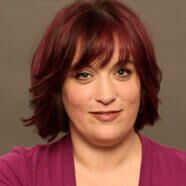 TB: What was your initial experience with breastfeeding?

CK: Not as hard as I thought it was going to be. I feel like everyone made it to be like it was going to be this big hard thing, and it wasn’t in my case. I actually hated being pregnant and from what I understood breastfeeding it was only going to suck for 14 days, and then it would be okay. Two weeks of being uncomfortable was nothing compared to the nine months of puking every day. And it was what was for my baby so I thought, Okay here’s nine months and an extra two weeks of uncomfortableness.

TB: Why did you decide to breastfeed?

CK: I breastfed my babies because I felt it was a better thing to do for them. So I just figured, Alright I’m going to just try to breastfeed. I heard so many horror stories that it might not work, some babies don’t latch, there’s nipple confusion. I’m a working mom so I knew the baby was going to have to take a bottle eventually, so I was terrified when I went back to work there was going to be a problem with bottles, but I just went for it. I gave both of them a bottle from the beginning. I gave them both a boob from the beginning. I gave them both a pacifier from the beginning, and it was never a problem. I never had any nipple confusion, and I never had any kind of latch issue. Everything was fine. The babies were fine, and I was fine, and I think it was easier in the long run.

TB: You’re a working mom. Have you found it difficult to breastfeed your babies?

CK: The kids definitely fall into a rhythm, and I pump for my four-month-old when I’m at work. He knows that I leave in the morning and he spends the day with our nanny, and then when I come home as soon as he sees me, he starts turning his head around looking for it. I think it’s a special time that I have with them that nobody else can have with them. Because I’m a working mom I think there’s a lot of anxiety about whether or not I’m being a good, nurturing mom, and it makes me feel connected to them even though I work.

TB: We hear you have a funny code word for pumping at work. Let’s have it.

CK:  Yeah, the code is “I’m going to run on the treadmill.” I have a picture of a girl on a treadmill that I hang on my office door and I lock it. It means “I’m pumping — leave me alone.” I work with all men and they can’t hear the word pumping because it sends them spinning on their head. So I say, “Okay guys, I’m going to go run on the treadmill.” And without fail every single time one of them comes knocking. I try to explain to them that like when you’re pumping you need to be relaxed and calm, so I say, “Let me put it to you this way: When I’m pumping I need everything to be chill, or I dry up. It’s kind of like if you’re in the middle of doing something fun with your girl and someone interrupts by knocking on the door, you kind of lose it, right? So think of that way. Every time you knock I lose my hard on.”