The mommy of one and Entertainment Director at Essence spills what it's been like so far breastfeeding her daughter, Jillian. 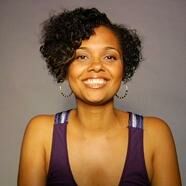 Name: Cori Murray
Age: 37
Occupation: Entertainment Director at Essence magazine, where she also writes about mommyhood in her blog, Baby On Board.
Children: 1 daughter, Jillian (7 months).

TB: Why did you choose to breastfeed your baby?

CM: I knew even before I became pregnant that if and when I became a mom, I wanted to breastfeed. I had a lot of girlfriends who did it and I knew that although I hadn’t done any research, it was clearly the healthiest thing you could do for your baby. And I wanted to have that experience.

TB: Did you set a goal for how long you would breastfeed?

CM: My goal is to do it for a year — excuse me — my goal was to do it for a year. But just this week I had to open up a bottle of formula to supplement because my work has been just too demanding, and I’ve been getting to work every morning at 11 because of it. I just couldn’t take that time anymore to pump in the morning. But what I’m planning to do now is up until that one-year mark at least give her one bottle of formula with her cereal in the morning and the rest will be breast milk.

TB:When you first started breastfeeding, was it something that felt like it came naturally or was there a long transition period?

CM: The hard part was definitely in the hospital. I had taken a breastfeeding how-to class beforehand, but all that stuff kind of went out of the window. While I was in the hospital I got so engorged and I just didn’t think I was going to be able to do it because I didn’t feel she was eating enough or eating period. And it was just so painful and different. Also, I had some crazy nurses. Some told me, “Oh your nipples are going to crack, you’re going to be bleeding, you need to get that baby on formula.” And then some nurses told me, “No, you need to let her feed, you need to have her do it, that’s the only way she’s going to learn.” But, I had one nurse who said, “I’m going to work with you.” And she did. Then not long after, at our first pediatrician visit when she was about three days old, my doctor sat there and really showed me what to do. Half-way through the process, she told me she was also a lactation consultant. And I was like, “Ohhh!” Right after that, Jillian burped and I knew I got it. After those first four days, it got really good, and it got to the point when I was going to a breastfeeding support group and I really had no complaints. Well at least, complaints were really small. In fact this lady leaned over once and said to me, “You know you have it kind of easy.” She wasn’t rude, but everyone was dealing with thrush and one person just wasn’t producing enough milk. I was just sitting there like, “Oh well, sometimes she bites me…” It got really easy.

TB: That’s great. So besides your support group, who did you turn to in the beginning when you had questions or needed advice? Could you ask your friends or your mom?

CM: My mom didn’t breastfeed, actually, and she told me that she really regrets not doing it. She said no one really talked about breastfeeding back then, but she kind of wishes she would have done it. So, I couldn’t talk to her. But I had an aunt who did it, so I spoke with her and definitely spoke with my girlfriends, as well as the support group. I went about four times during my maternity leave, but after that it was pretty good. I had questions here and there — I was going to a wedding and wondered, “Do I bring my pump to the wedding?” And my girlfriend was like: “Just go into the bathroom and do what you have to do.” So, I definitely had my own support group.

TB: Have any funny or embarrassing breastfeeding stories?

CM: No, I haven’t had any of those yet. The only thing that she’s doing — because I guess she’s much more alert now — happens when I’m breastfeeding her in public: she’ll take the blanket and she yank it off in the middle of breastfeeding and I’m always just catching it before she exposes me!

TB: What’s the most random place you’ve ever breastfed?

CM: I’m trying to think now because I don’t think certain places are so random anymore. I definitely go to Target and breastfeed there if I’m in downtown Brooklyn. And once, we were at the Brooklyn Dance African Festival and there were a lot of people outside, but I couldn’t find a curb to sit down on anywhere. I was like, “Do I just do it in front of everyone here?” I definitely felt a little weird. So I had to find a stoop on one corner and it was one of those really hot summer days. I knew that I was going to suffocate her if I put that blanket over her, so I really had to try to just finagle myself. But in the end I was sitting in the middle of the street breastfeeding.

TB: Was anyone looking at you or making you feel uncomfortable?

CM: No, but I got really concerned because men were walking by. I kind of often think that people should be more open to it than they are. Because I know when I would see moms breastfeeding before I got pregnant, I would just think, “Oh, they’re feeding.” I just kept about my business. But when you’re in the middle of it, you think, “Oh my God, I’m exposing my breast!” I will say this, it could be a cultural thing or maybe it’s generational, but my big mama and my boyfriend’s family both didn’t allow breastfeeding. They were like: “Why are you letting that baby suck on you?” I was like, “Are they serious?” So I had to deal with things that.