“Prior to our daughter being born, it had never occurred to me what sort of cultural upbringing she would have. Despite our backgrounds being a match on paper, my husband and I were just so different.”

My husband and I met the new old-fashioned way: match.com. We were both 27 years old at the time—but for me, the clock was ticking fast. On paper, he seemed great:

In person, though, he was not so “check check check.” He was shy and quiet—an introverted introvert, whereas I’m more of an extroverted introvert. That semi-awkward first date somehow turned into a five-year courtship. By the time we got married, that ticking clock practically jumped out of my uterus to make room for a baby.

The timing, it turned out, was terrible. We were in a long-distance marriage because he was doing a year-long fellowship out of state. What’s even the point of being married if your husband isn’t there to help you put on your shoes in the third trimester?

The truth is, despite dating for several years, we never actually talked about what it would be like to have kids. Whenever I saw him around family or friends’ children, he appeared visibly uncomfortable. If offered to hold a baby, he would instead say, “no thanks,” as if he were politely declining seconds at a dinner table. Watching him struggle to interact with toddlers made me wonder what kind of a father he would be.

He cleared up those doubts real fast. He jumped into dad mode the minute those two blue lines popped up on our home pregnancy test. And once our daughter was born, it was as if I had uncovered a whole new hidden parenting section on his Match.com profile highlighting his desire for wanting (lots of) children, and how eager he would be to start a family. 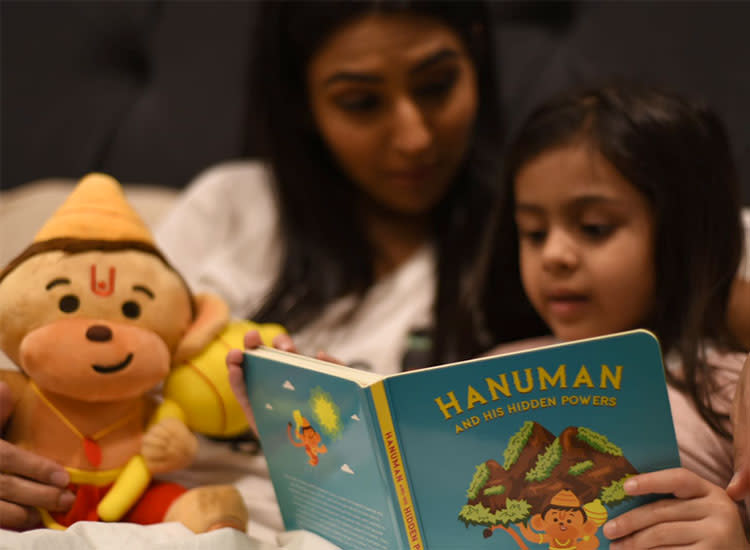 In seeing a new side to him as a father, I also began discovering untapped parts of our relationship as parents. Prior to our daughter being born, it had never occurred to me what sort of cultural upbringing she would have. My husband’s mother tongue is Bengali, whereas mine is Gujarati. Would our daughter grow up speaking both or neither? We’re both Hindu (on paper, at least), but my husband is more indifferent than an atheist. I relish in celebrating all of our cultural holidays and all the nostalgic memories of tradition they bring back; he’s more of a spectator. 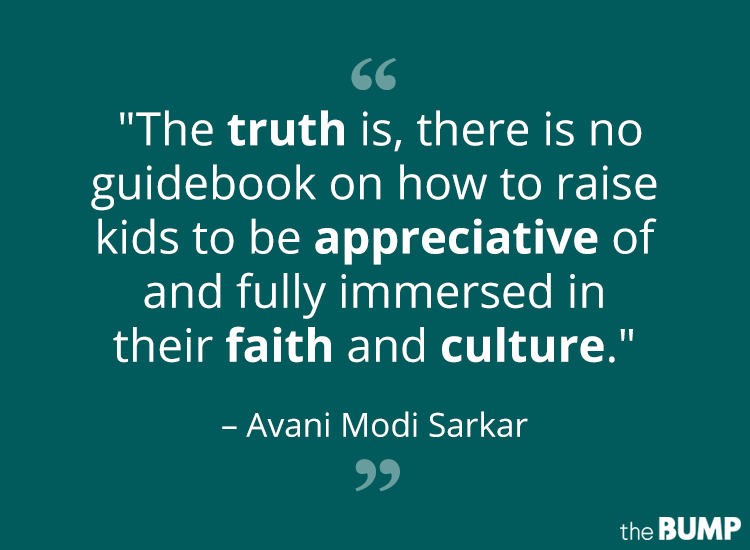 I realized the onus fell on me—perhaps as it does in many households, where one parent takes on a primary role. In Chitra Patel Peña’s home in Connecticut, a similar dynamic unfolds with her husband, Peter. Although their daughters, ages 2 and 4, are half Indian, half Puerto Rican, it’s Chitra who makes an effort to ensure they’re exposed to both sides of their culture equally. Whether it’s cooking sofritas or platanos maduros from her mother-in-law’s recipes, or dancing to bollywood and merengue music, the boundaries are easily (and almost intentionally) blurred at home.

Peter acknowledges that while he was raised fully immersed in the Puerto Rican culture, he never felt the need to make a conscientiousness effort to pass it down to his daughters. Chitra, on the other hand, felt passionate about it. One of the traditions she was raised with was singing the aarti, or hymn, each morning, with her entire family in front of their altar at home. It’s something she has continued to do even with her daughters, albeit a bit differently. Chitra now sings the aarti alongside YouTube in the morning, and Peter takes on the weekend role of “DJ” as he turns on the aarti while the girls eat breakfast. Although aartis are rooted in Hinduism, its calming nature transcends faith, allowing the entire family to enjoy a moment of stillness before starting their chaotic days.

I couldn’t help but remark at the similarities between our families. Both of us are moms to two daughters. Both of us started a small business to help children preserve their South Asian roots through toys and books. Both of us have taken on the responsibility of becoming the “cultural steward” in our homes. And both of us are totally winging it with this parenting gig.

The truth is, there is no guidebook on how to raise kids to be appreciative of and fully immersed in their faith and culture. Or at least, the methods our parents used in raising us certainly feel outdated today. So go ahead and buy all the toys, read all the books and watch all the shows that are being created to help you ease the guilt of wondering, “am I doing enough to pass down my roots?”

It all starts with a simple desire to answer this question: “How do you want your children to identify themselves?” It’s a question you ask yourself from the moment they’re born, believe it or not. First name? Middle name? Last name? Of course, when our identities are so complex and multilayered, how can we ever expect any checkbox to fully capture who we truly are?

Avani Modi Sarkar is the creator behind the popular children’s brand of toys and books, Modi Toys. She was inspired by the birth of her first daughter to create multicultural toys that spark curiosity in her and future generations about their South Asian culture and Hindu faith. Their mantra-singing plush toys have won the hearts of people of all ages, making it the best selling gift for all of life’s special moments. Modi Sarkar also hosts a monthly virtual roundtable for emergening entrepreneurs to raise money for children’s charities. She lives in New Jersey with her husband, Avik, and their two daughters, Naavya and Saanvi.