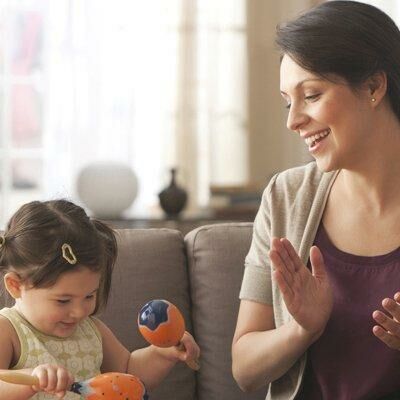 We all think our kids are the greatest, right? You just might want to be careful with how much you let them know it.

It’s kind of a lose-lose. Praise your children too much, or treat them as more deserving than others, and they become narcissistic. That’s the social learning theory. But if you withhold warmth altogether, your child is forced to put herself on a pedestal to find praise elsewhere, becoming narcissistic by means of the  psychoanalytic theory.

To get to the root of narcissism, Ohio State University researchers compared these theories, following kids ages 7-11 in the Netherlands for a year and a half. Every six months, parents and children had to answer questionnaires. An example of a child’s question? “Kids like me deserve something extra.” And for parents? “My child is a great example for other children to follow.”

The study, published in  Proceedings of the National Academy of Sciences, found parental overvaluation (the social learning theory) was more likely to make a child narcissistic over time. But don’t confuse narcissism with self-esteem, says study co-author Brad Bushman.

“People with high self-esteem think they’re as good as others, whereas narcissists think they’re better than others,” says Bushman. “Children believe it when their parents tell them that they are more special than others. That may not be good for them or for society.”

“Narcissistic children feel superior to others, believe they are entitled to privileges, and crave for constant admiration from others,” says author Eddie Brummelman. “When they fail to obtain the admiration they want, they may lash out aggressively. Narcissistic individuals are also at increased risk to develop addiction."

Bushman adds that narcissism isn’t exclusively a learned behavior; some kids may be genetically predisposed to it. In that case, down-to-earth parenting and reserved praise become even more important.

Teach Toddler Not to Hit?