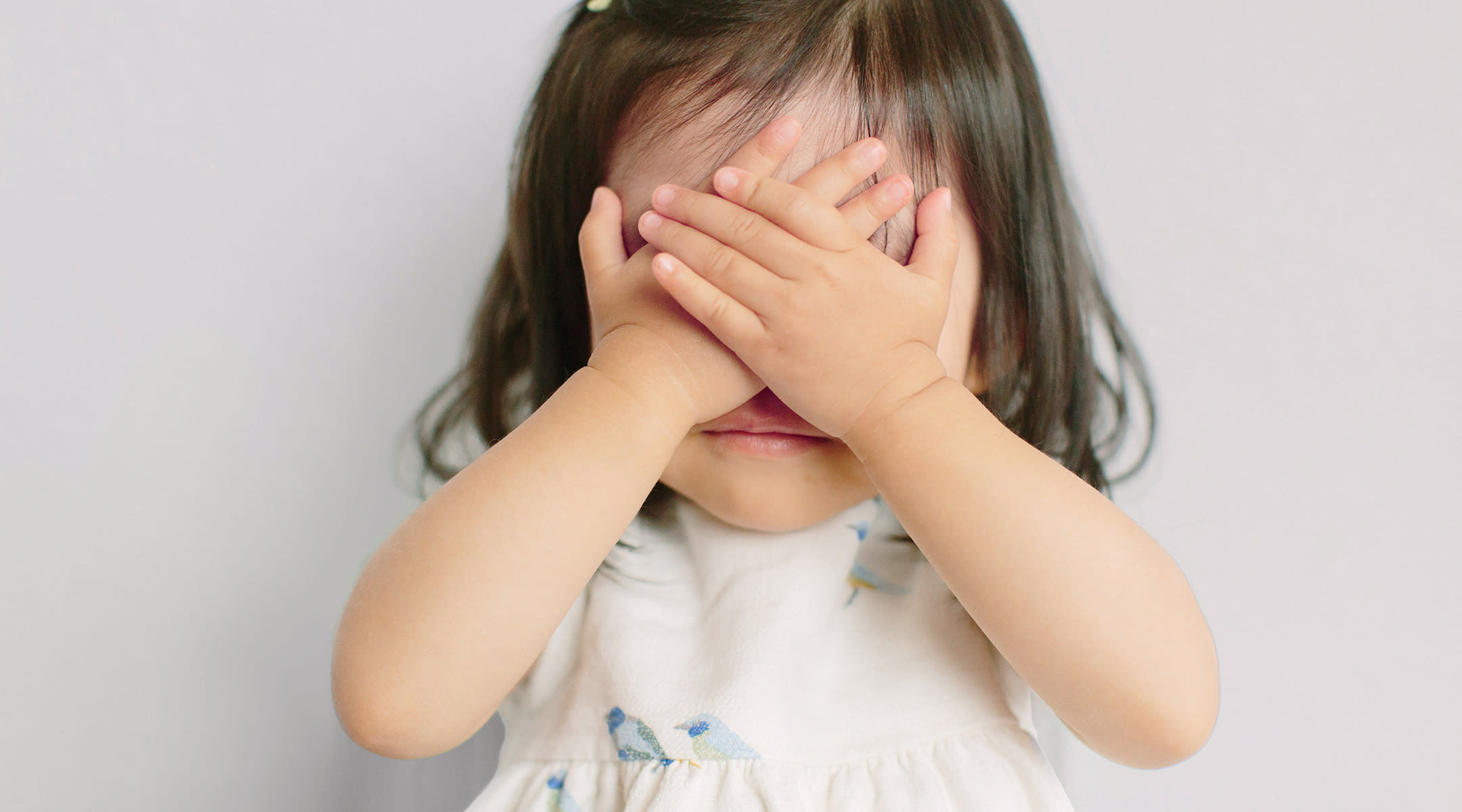 Toddlers do the darndest things—but while certain behavoirs may be strange, they're actually very common. Here's why your child is doing those things and how you can deal.

Toddlers can be demanding and unrelenting, and if you have one, you know they’re also kind of strange. Doorknob licking and barking like a dog are commonplace. But these freaky behaviors do pass. “The vast majority of strange toddler behaviors are short-lived phases,” says Heather Wittenberg, PsyD, psychologist and author of Let’s Get This Potty Started! The BabyShrink’s Guide to Potty Training Your Toddler. Here, she breaks down seven bizzare but common toddler behavoirs you might encounter and what might be behind it all.

Rhythmic, repetitive motion helps calm an overstimulated nervous system, Wittenberg explains. And it’s not just rocking or riding in a car that works—head banging qualifies too. “What looks disturbing to us can be very soothing to a child,” she says. Unless your kid is hurting themselves or would rather bang their head than socialize, eat or play, just ignore it. “When your child gets a reaction out of you for something they’ve done, they realizes there’s a big, red button they can push when they need attention,” Wittenberg says. Suggest a replacement activity to redirect the behavior. (“Try rubbing your bunny’s ears when you get tired.”)

2. Hands in the Pants

Self-fondling is another habit that isn’t considered a problem unless your child chooses to do it over playing with the kid next door or eating ice cream. Wittenberg says not to say no to it but to give guidelines: “You can do this alone in your room, but you can’t do it in the store or at school.” Give your child interesting things to do to keep them from being bored.

We know a mom whose daughter picks fuzzies off the couch and eats them—like a tasty snack! Wittenberg explains that kids use their mouths as tools for exploring the world. “They may be experimenting, or there may be some oral needs going on.” It all comes down to the severity and frequency. So once-in-a-while weird cravings can be brushed off, but if your child is obsessed with eating, say, dirt or cat litter, it’s time to talk to your pediatrician.

We know, it grosses you out, but a nostril is an interesting hole to explore. The key is to keep calm. Try something like this: “You can do this in your room or the bathroom with a tissue, but nobody wants to see it.”

Know a toddler who’s so obsessed with their stuffed animals that they line them up perfectly at bedtime, or one who has made up a whole family of imaginary friends? This is a normal reaction to the realization that the world is confusing and difficult to understand. “A world of the child’s making is much more comfortable,” Wittenberg says. When you embrace your child’s imaginary world, you honor their creativity. When a furry friend gets lost or needs to be washed or sewn, it might be rough, but it’s an opportunity to show your child how they can cope without their usual comforts.

6. Playing with Their Poop

Then there’s that curious toddler who takes off their diaper to explore the mess they’ve made during naptime. Ick! “It’s way more common than people realize, and most of the time it’s just that they’ve discovered an intriguing new plaything,” Wittenberg says. Make poop not so fascinating by giving your child plenty of acceptable opportunities to make messes (by building mud castles together or playing with modeling clay, for example). If they keep it up, you can fasten the edges of their diaper with skin-safe tape and put their onesie pajamas on backward, so they can’t take them off. “Prevention is critical,” she adds. “That, and watching them like a hawk.”

Some toddlers insist on wearing a cape all day or want to be naked at all times. “My 2-year-old thinks he’s a dog,” says one mom. “When I come home, he barks and tries to lick my face.” Wacky phases are a normal part of being a kid and figuring out their place in the world. As with other weird behaviors, so long as it doesn’t interfere with normal activities, it’s fine. You may have to explain that it’s a thing they can do sometimes but not at others. Tolerate it, but be sure you record it too. It’s great footage to show at their wedding one day!

10 Annoying Toddler Habits (And How to Deal)

How to Start Potty Training and Make Sure It Sticks

Teach Toddler Not to Hit?