“There are countless books about pregnancy, but there’s not a darn thing in them that prepares you to raise a child with autism.”

I know everyone says it’s best to have babies young because you’re bursting with energy and regenerating cells quickly, but I think that’s a load of bull. That only applies if your kid is neurotypical. If your precious baby comes out with any kind of delay, you will need wisdom and lots of it. And that comes with experience, and experience takes time. People warn you about so many things when you’re expecting. There are countless books about it, but there’s not a darn thing in them that prepares you to raise a child with autism.

I was 24 when I had our son and 26 when I had our daughter, Queen Victoria Boyd. My husband and I had planned her conception, but we hadn’t planned for another child with special needs. But we are so honored to be chosen.

Queen was the happiest baby I had ever seen, and I worked in the world of daycare for nearly seven years. My husband and I would discuss how at 6-months-old we could see Queen’s sense of humor. She and my husband had this running joke called “poopy diaper” that took Queen no time to catch onto. My husband loathed dealing with dirty diapers, and he would always ask her before he picked her up if she had one. At 6 months old, Queen’s face always remained stoic during his interrogation. On the occasions that she actually did have a poopy diaper, her dad made a huge deal out of smelling it, and Queen would burst like a dam into laughter. She would curl inward and laugh until she cried. She loved to disappoint him. Her little head would bobble all around as she tried to make eye contact and laugh at the same time.

This was Queen. Quick as a whip. Very demanding. She had a wide vocabulary and memorized almost everything she heard very quickly. We were expecting her to be an easy child. I look back on this now and laugh.

Around the age of 2, I started to notice some changes in Queen. She was still the same independent pistol that I knew before, but bedtime quickly became a huge issue for her. This was not some meager attempt at avoiding bedtime. She wasn’t asking for water or hugs. She was screaming and sobbing uncontrollably. We could not get a handle on her, nor did we understand her. The bedtime fears slowly ran over into phobias. She became scared of balloons and could barely tolerate loud noises. You may be wondering where I was in all this. Well, I was busy trying to keep every single thing the same. I was also busy hiding a lot of cracks in the wall and not at all trying to figure out what she needed. I was just managing her. I never slowed down. My brain was like a speeding slideshow of all the things I needed to get done, and sadly Queen was not in the slideshow.

Queen’s lack of sleep had thrown everyone off track. But I hadn’t seen it that way. I was so young and naive, and I had already mapped out how my life was going to be. I had to be at everything, every time. The house had to be cleaned or I couldn’t function. There was always something, but never her. It was like I was always preparing for something that never came. And to be honest, I was stuffing down a bigger issue.

When I talk about cracks in the wall, I mean I was busy guarding and hiding my oldest son and his autism diagnosis from the world. I was scared for him and I was scared for me. I was terrified of being judged by family members, and I was horrified by the thought that he wouldn’t be accepted. Horrendous, but true. I had already sensed something was amiss with Queen, but I couldn’t accept that, and I never thought it was cognitive.

I was so insecure, and it stood to reason that if there was a problem with this child, then that meant I had two kids who hadn’t turned out “right”. I thought, “Look at you, Terah. You are such a disability. This is no surprise. We knew you would screw things up. We always expected you to taint your kids with your dumbness. You are dumb and now your kids are dumb. You’re a failure!” These are the voices of family members that I heard in my head constantly. There was never any shortage of criticism aimed at me. In my eyes, I could never do anything right. I felt like a wreck of a human. So if you want the honest truth, when Queen was crying out, I was questioning my abilities as a mother.

I remember feeling that things couldn’t get worse. And I kept hearing this faint voice underneath all the garbage that kept saying “slow down.” It was like the low harmony in a song. If you’re not listening for it, it’ll just blend in and you’ll miss it. Over the course of about a year, that voice got louder and louder. I was getting too weak to keep up the charade.

One night, I found myself sitting on the floor of Queen’s room, ready for another round in the ring. I was tired of wiping her nose and changing her PJs and pillow cases saturated with tears, snot and sweat. My brain was swirling. I was angry, mostly at myself. I was going a million miles an hour but sitting still. That night, I decided to lay down beside Queen in her bed I think for the first time ever. She immediately put her little arm over me. She was hoarse and hiccupping from crying so hard. I just started singing and stroking her hair thinking maybe I could calm her down with a song rather than giving her commands. I kid you not, she immediately closed her eyes and stopped screaming. Instead of the loud sobbing, she was just kind of moaning, I think mostly because she wasn’t sure if the relief would last.

I was immediately ashamed and enlightened. I hadn’t been touching her or bonding with her enough. I was moving too fast for that. I was doing to her what had been done to me. Demanding compliance. This realization prompted an overhaul of my parenting style. I had to change the way I saw myself, which framed the way I saw my children. It forced me to take an in-depth look at motherhood. Google’s definition of motherhood is: The state of being a mother in relation to a child. But they need to elaborate and make some amendments. Motherhood is the state of being a mother, which really means: You’re in a constant state of being whatever is needed in relation to your child, as it applies to their mental and physical well-being.

To the mamas and especially those who care for children who have enhanced needs: I learned the long, hard way that no person on this earth can do a better job at raising your baby than you! Solicited advice is one thing, but a constant trampling of you as a mother and then as a woman is what brings about “the miserable mom syndrome.” The theme of your life should be “perfection is not an option.” Another great theme would be “get your standard out my face.” But the best and most effective one is “slow down.” You’re going to have to get comfortable with possibly being the black sheep. 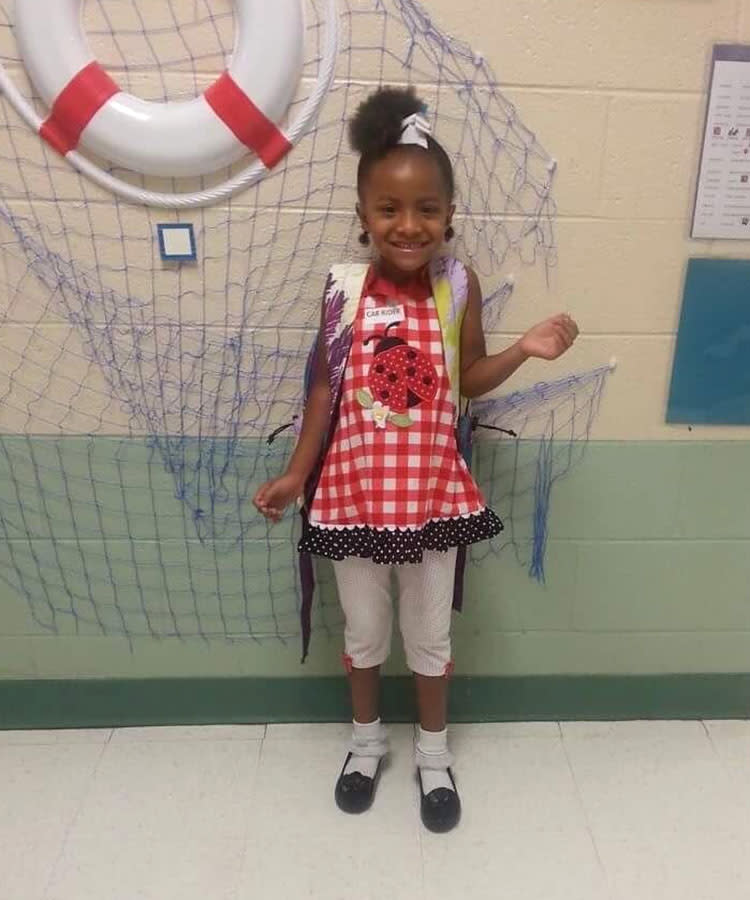 It would be almost seven years later before we would get a diagnosis of autism, ADHD, neurodiversity and possibly a small pinch of dyslexia. The time in between that was extremely difficult. But I succeeded in the most important area, and that was protecting my daughter from further damage. Queen needed 150 percent of me. I look at her now and she is such a bright girl. But she still needs me, and I happily meet her exactly where she is. Some days I’m talking to a 12-year-old while other days I’m talking to a 7-year-old, and I love them both. She has only gotten better at memorizing information. She is well-versed on the subject of animal life. I mean, she’s a walking dictionary! She has become a tall, lanky, brown-eyed beauty with a love for skunks, snakes and honey badgers. The black sheep of animals.

If you’re reading this and can relate, my advice to you would be to add the above themes to the list of things you think about each day. It may not be an autism diagnosis or any diagnosis. It may just be that your child needs you. Remember what state you’re in—motherhood: a constant state of being whatever is needed in relation to your child as it applies to their mental and physical well-being.

Terah Boyd is an autism awareness ambassador, psalmist, inspirational speaker, singer and author of the children’s book Showdown At High Moon: Queen Takes a Stand. Two of her three children are on the autism spectrum, and her daughter is also neurodiverse. Follow her on Twitter @terahcandace, Instagram @terahcandace, Facebook and YouTube, and visit www.terahboyd.com.