We probably don’t have to tell you this: When toddlerhood hits so do the meltdowns (sorry!). Wouldn’t it be awesome if you could stop your toddler’s tantrums in their tracks — or prevent them from happening in the first place? Say no more. 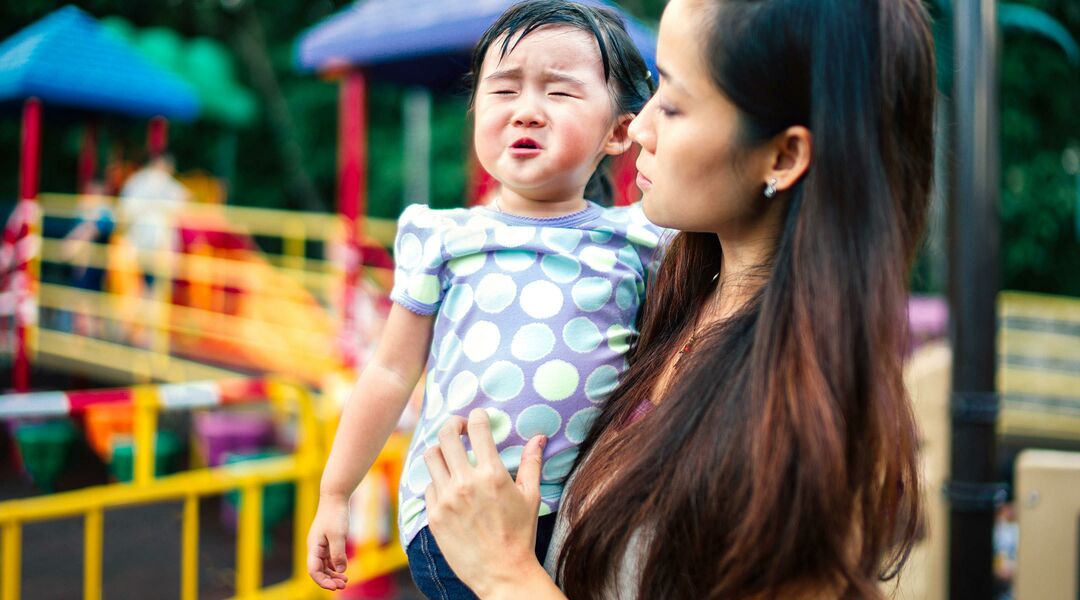 You probably know this by now: Toddlers often throw fits when you’ve told them they’re not allowed to do or have something, or when you want them to do something they don’t want to (like leave the playground!). One solution is to create ground rules up front. Tell your child that if you say it’s time to leave the playground, they must leave the playground. Make it known that resistance isn’t going to change that. Then, when it’s time to go, don’t let them convince you to stay — even if it’s only five minutes longer.

“You shouldn’t say it’s not okay to throw food one day and then let the child do it the next, for example,” says Alanna Levine, MD, a pediatrician in New York City and spokesperson for the American Academy of Pediatrics. Over time, your toddler will start to learn what behavior is expected of them, and they’ll likely learn to cooperate better.

Get Everyone In on It

“You and other caregivers, like your babysitter and partner, should be on the same page with how to handle it when the rules are broken,” says Levine. That way, your toddler’s less likely to try to push the boundaries around different people.

When your child starts freaking out, it’s really easy to have your own little eruption — but know that if you yell, cry or get mad, it could just make the episode worse. So remind yourself that this is what toddlers do sometimes, and try not to take it personally. Even if you feel like screaming, don’t let him know it. “Take a deep breath and start acting,” says Levine. “You don’t want two people upset and hysterical.” Hey, if you model calm behavior, maybe your toddler will take a hint and learn to be calmer when he’s angry, too. (That might take some extra time though.)

Simply can’t keep your cool? Make sure your toddler is in a safe place, like his crib or a playpen, then take a step back and call for help. “Tell your partner you’re about to lose it, and let him step in so you can leave,” says Levine. It will probably be easier for him to approach the situation without stressing, if he wasn’t part of its escalation. (And remember to help him out in the same way in the future, when he’s part of an explosive situation.)

Sometimes toddlers just want attention. It doesn’t matter to them if it’s positive or negative attention, and a tantrum is a great way to get it. So maybe instead of punishing or yelling at your child, let him work it out himself. We’re not saying ignore him — just comfort him and wait until he calms down. And most important, don’t give in. “Toddlers are at a tough age — they don’t have the mental capacity to problem-solve and reason,” says Levine. “Consistently show them that a tantrum isn’t an effective way to get what they want.” Over time, the fits will likely occur less frequently.

Teach your child the skills she needs to ask you — nicely — for the things she wants. Your kid should know that if she wants a cookie while you’re in the grocery aisle, instead of creating a scene, she should ask you without whining. That means plenty of prep work. Explain all this stuff at a time when she’s calm, in simple terms she can understand. Then when you’re in the thick of it, remind her of how she’s supposed to ask for things.

“In the moment a toddler’s screaming, even if you talk rationally, she’s not going to hear it,” says Levine. “Explain — out of the moment — that mommy wants her to smile when she asks for something and that you won’t do what she wants if she’s screaming and crying for it. Then when the time comes, remind her: ‘What kind of face does mommy want?’”

Okay, we know the title of this article is “10 Ways to Tame a Tantrum,” but sometimes you actually shouldn’t stop the blowup _while _it’s happening — especially if it means breaking the rules to make a quick fix. For example, if your toddler isn’t allowed to have cookies until after dinner but she wants one while you’re at the supermarket, resist the urge to give her a cookie right then and there. Know that sticking to those rules you’ve created won’t stop this flare-up, but it will help prevent future ones. Have faith that your consistency will work.

Walk Out the Door

Stuck in the grocery aisle with a toddler who just won’t stop screaming, no matter what you do? “Sometimes you just need to ditch the shopping cart and leave the store,” says Levine. The change of scenery will likely change the behavior. And, let’s face it, your home is a much more safe-feeling place for your toddler — so go there.

The more uncomfortable your toddler is, the higher the odds of a tantrum. So make every effort to stick closely to her comfort zone. “If bedtime is 7:30, don’t go out to dinner at 8 p.m. and expect her to behave,” says Levine. “Keep your child’s moods and schedule in mind. They need to eat and sleep.”

Does “Time Out” Work for a Toddler?

How Can I Teach My Toddler Not to Hit?