As a new mom, you’re bound to deal with a baby ear infection or two. Learn what signs to look for and how to make your little one as comfortable as possible.
Save article
ByLisa Milbrand
Contributing Writer
UpdatedDec 2017 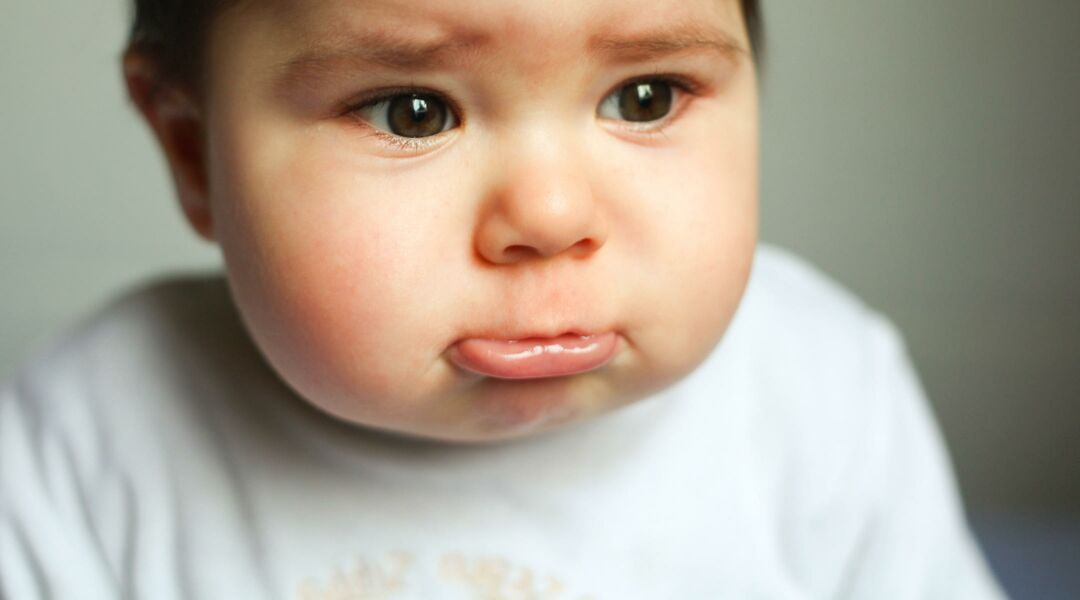 Mention ear infections to any veteran mom and she’ll undoubtedly have stories of sleepless nights and tearful kids. As uncomfortable as they can be, baby ear infections are incredibly common. “Most children have one or more a year during the first few years of life,” says Carrie Brown, MD, a pediatrician at Arkansas Children’s Hospital in Little Rock. In fact, according to a 2016 study, about 46 percent of infants will have a baby ear infection by their first birthday. Here’s how to spot an ear infection in babies and how to best soothe the pain.

What Is a Baby Ear Infection?

An ear infection is an inflammation of the middle ear, located just behind the eardrum. Every now and again viruses or bacteria can get in there and multiply, causing the area to become infected and swollen. This, in turn, traps fluid behind the eardrum, creating a painful earache. Anyone can get an ear infection, but it’s especially prevalent among babies and young kids: It’s actually the most common reason parents bring their child to the doctor.

What Causes Ear Infections in Babies?

Viruses and bacteria are the typical causes of a baby ear infection. And it’s your infant’s tiny, delicate sinus system (and developing immune system) that makes him especially vulnerable to these bugs. “The ears make fluid all the time, and that fluid drains through your eustachian tubes into the back of your nose,” Brown says. “If baby has nasal congestion, those tubes can become blocked, making it easier for bacteria to get into the fluid behind your child’s eardrums, setting up an infection.”

Babies are also more prone to developing an ear infection because they spend so much time lying down, causing fluid to settle into the area behind the ears. “As children age, they spend more time in an upright position and their facial structure changes as they grow, so the angle of that tube becomes steeper and ear infections should decrease,” Brown explains.

Signs of Ear Infection in Babies

Your little one can’t tell you what’s hurting her, so to spot the signs of ear infection in baby, you may have to play detective. Here’s what to look for:

• Runny nose. A baby ear infection is usually a complication from a cold, so a runny nose is a classic symptom, explains Natasha Burgert, MD, a pediatrician with Pediatric Associates in Kansas City, Missouri.

• Fever. Baby’s temperature may range from 100 to 104 degrees Fahrenheit.

• Fussiness. Ear infection in babies can be pretty painful, so your little one will likely be irritable and cry a bunch.

• Loss of appetite. The pain can be particularly bad during feedings, since sucking and swallowing can cause uncomfortable pressure changes in the middle ear.

• Pulling at the ears. Even if baby can’t tell you his ear hurts, constant tugging on his ear is a sign it may be bothering him.

• Trouble sleeping. The discomfort from a baby ear infection can lead to some restless nights for your little one.

• Fluid or redness behind the eardrum. You may notice foul-smelling yellow or white fluid seeping from your child’s ear. But “some kids have little outward signs at all,” Burgert says. “The only way to really know if they have an ear infection is for a doctor to take a look.”

Ear infection in babies typically resolves on its own within a few days, so the strategy should be to keep baby comfortable in the meantime. The common baby ear infection treatment plan, Burgert says, is “pain relievers, patience and hugs.” While it’s a common condition that’s rarely dangerous, an infection still calls for an evaluation by a doctor, to avoid any potential complications. Talk to your pediatrician about which over-the-counter pain meds, like Tylenol or Motrin, would be best to use—but steer clear of homeopathic ear drops, which aren’t effective, Burgert says.

Even after the symptoms have disappeared, stop by the doctor’s office to make sure the ear infection has fully cleared up. “You want to make sure that there’s no fluid hanging around or scarring in the ear,” says Katherine O’Connor, MD, a pediatric hospitalist at the Children’s Hospital at Montefiore in New York City.

For a more severe baby ear infection, your doctor may recommend one of the following treatments:

• Antibiotics. The default baby ear infection treatment used to be antibiotics, but now doctors are more judicious in prescribing them. “Studies have shown that over 80 percent of ear infections resolve on their own within three to four days,” Brown says. “Asking your child’s doctor if a wait-and-see approach would be appropriate can help avoid unnecessary antibiotics.” If medication is needed, most doctors prescribe amoxicillin as a first line of antibiotic treatment, and move to more potent meds if the infection doesn’t clear up.

• Inserting tubes in the ears. For recurring ear infections, some doctors will recommend surgery to insert tubes into baby’s ears. “These small tubes are placed through the eardrum to help equalize the pressure,” Brown explains. This helps to allow fluid to drain and to prevent ear infections from developing in the first place. This also enables your doctor to place antibiotics into the ear canal and treat the infection at its source,” Brown explains.

How to Prevent Ear Infections in Babies

Unfortunately, there’s no foolproof plan to prevent a baby ear infection. “Ear infections can be challenging for parents,” Brown says. “It’s frustrating that you can seem to do all the right things and still have a child who has ear infections over and over.” That said, there are a few strategies for minimizing the risk. Here’s what you can do:

• Breastfeed. A 2016 University of Texas in Galveston study found that higher rates of breastfeeding may contribute to a reduced risk of ear infection in babies.

• Feed baby in an upright position. Brown recommends avoiding nursing baby when she’s face-down, since this can allow milk to get into the infection-prone areas of baby’s ears and lead to an infection.

• Get the flu shot. A preliminary 2017 study suggests that the flu vaccine can help reduce the risk of baby ear infection.

• Clear baby’s sinuses. When snot gets into baby’s ears, it can often result in infection, Burgert explains. “Using saline and suction to remove snot may be helpful to prevent an ear infection.”

[11 Reasons Babies Cry—And How to Soothe Their Tears]