This New Car Seat—The Answer to Babies Being Left in Hot Cars? 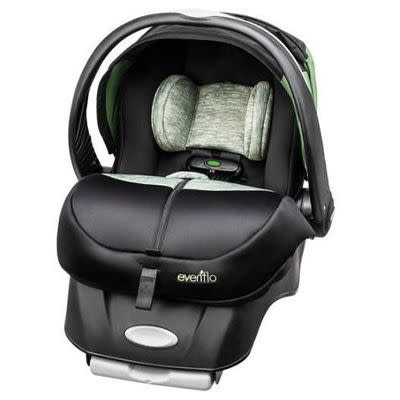 The latest in wearable technology? Your car seat. And Evenflo is suggesting it will save lives using something called SensorSafe technology.

The Evenflo Embrace DLX Infant Car Seat ($150, exclusively at Walmart) comes with a sensor that clips onto baby’s chest. Thanks to a receiver that plugs into your car, Wi-Fi establishes an electronic link between the vehicle and the sensor once the ignition is on. When the car is turned off, an alert sounds twice to remind you about your backseat passenger. You’ll also be alerted if the chest clip falls off during your ride.

This isn’t the first car seat we’ve seen that’s focused on getting mom and dad’s attention. Volvo recently unveiled a new seating configuration that allows for an infant car seat to be placed in the front passenger seat, keeping baby in sight at all times.

Why the insistence on reminding parents that baby’s on board? Tragic stories of babies being left in car seats when tired parents are running on autopilot are becoming more and more frequent. And this year alone, 10 children have died as a result of being left in hot cars.

Sometimes, as Carrie Underwood reminds us, it’s not absentmindedness; it’s an honest mistake. The singer Tweeted that her dogs locked themselves, her baby and her keys in her car earlier this month. During the hot summer months when the interior temperature of a car climbs 10 degrees in 20 minutes , waiting for help isn’t an option. A child’s internal organs begin to shut down when his or her body temperature reaches 104 degrees. In this case, Underwood’s brother-in-law was forced to break a window.

Breaking windows can be a difficult task; one Kansas woman had to bang on a car window for three minutes before she was able to shatter the glass. Her dramatic rescue of a toddler has been making the rounds online, especially because she was a good Samaritan. The child was locked in the car at a shopping center parking lot while her parents shopped. Famous Footwear manager Kristy Scales noticed people shouting around the car, saw the little girl was drenched in sweat, and sprung into action.

Watch the video below.