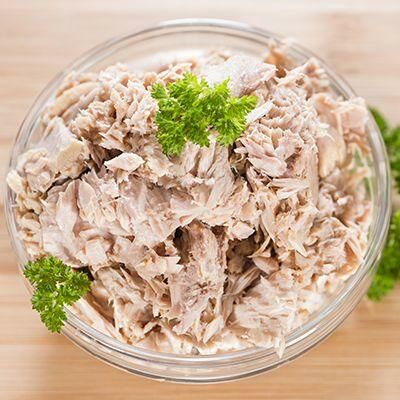 The great debate has been reopened.

“The goal of the dietary guidelines is to give people a healthy way to eat and not to include or exclude certain foods,” Steve Abrams, MD, tells the New York Times. “The benefit of having (omega-3 fatty acids) in your diet really exceeds the likely risk of contamination. The point is that you should have a variety of types of seafood and not limit yourself to one type, and variety includes canned tuna.”

Panel members said that even when pregnant women ate twice as much as of the weekly amount of recommended tuna, benefits outweighed the risk. “All evidence was in favor of net benefits for infant development and (cardiovascular disease) risk reduction,” they said.

Still, separate advocacy groups are calling for increased warnings about mercury risks on tuna packaging. The panel ultimately is calling for a re-evaluation of tuna guidelines during pregnancy. In the meantime, do try to intake other types of low-mercury seafood; it’s proven to boost baby’s brain development.