Fewer US Hospitals Are Offering Formula 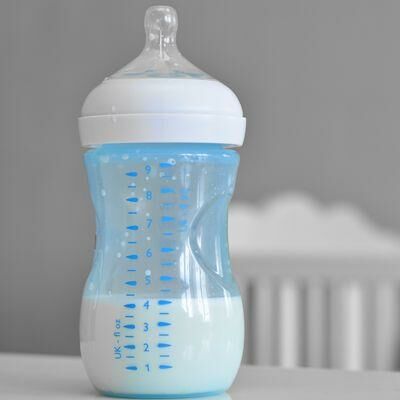 Fewer hospitals are offering formula to new moms. No, they’re not being stingy. They’re working to promote breastfeeding.

Formula handouts have been on the decline for years, but a new CDC study published in the journal Pediatrics determined that only about a third of hospitals distributed free formula in 2013, compared to nearly three quarters in 2007.

“Hospitals and health care systems are places we look to for guidance on health,” lead study author Jennifer Nelson, MD, MPH, told Reuters. “When hospitals distribute formula to breastfeeding mothers, it signals that formula feeding is as good as breastfeeding.”

To conduct the study, researchers looked at data from the biannual Maternity Practices in Infant Nutrition and Care survey, administered to all US hospitals with maternity beds. Hospitals that deliver the most babies saw the biggest drop in formula distribution.

While some women truly cannot breastfed, Nelson indicates free formula handouts discourage many mothers from attempting to nurse at all, or lead them to give up sooner. While four out of five new moms in the US start out breastfeeding, only 60 percent are exclusively breastfeeding one week later.

Nelson adds that early support from hospitals and caregivers is crucial for breastfeeding success. Hospitals can take certain steps to earn a “Baby Friendly” distinction, meaning they’ve met certain criteria for encouraging breastfeeding immediately after birth and helping to sustain it afterwards. Some of those steps include keeping mom and baby together 24 hours a day, training both moms and staff how to properly breastfeed and exclusively feeding infants breast milk, unless medical circumstances require otherwise.

Still, if you do need formula, your options are expanding. Similac just announced the launch of a GMO-free version of its Advance formula, available exclusively at Target.