Is your partner craving a “last hurrah” before baby arrives? A "man shower" or "dadchelor party" could be just the thing. 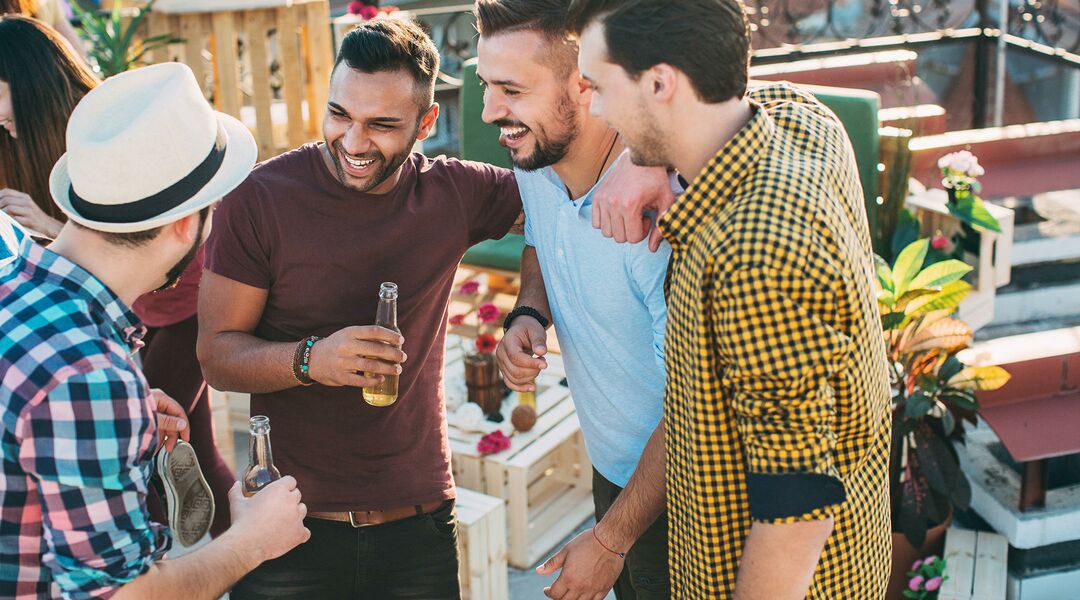 Man shower. Dadchelor party. Dad-to-be’s last hurrah. Whatever you want to call it, guys are doing it. Sure, this new rite of passage isn’t for everyone—in fact, we did a survey and found that one in five Bumpies said their guys had been to one of these pre-papa events—but your guy is certainly not alone. Think of it like a bachelor party, part two. Your guy’s life is changing just as much as yours is, so it’s not just an excuse for a little guy time, it’s also a celebration in anticipation of the new baby.

Why guys are doing it

This new trend follows on the heels of babymoons, where expectant couples took a mini vacation as one last romantic trip before their lives became diapers, midnight feedings and minivans. Combine this with men celebrating fatherhood later in life. Men have more disposable income and more time to take a last-minute weekend trip, sleep in, lounge over the Sunday paper and hang with their friends—and to tell the truth, they’re probably a little freaked out over losing these luxuries when they become dads. So maybe your guy wants one more night of freedom, and maybe he wants a little bit of attention. Face it, with your bump and your baby shower, you’ve been getting most of it lately.

What happens at a man shower

These celebrations can be huge blowouts—a trip to Vegas or Mexico—or a simple fishing or golf trip, barbecue or cigar party. It all depends on the guy. We’ve heard the festivities can include a baby bottle beer-drinking contest (really), or even better, the dad-to-be buys a keg and each guy who attends brings his “entry fee”—a pack of diapers—in order to partake.

Some Bumpies revealed the details of a coworker’s “Diaper Bash.” “They got together at a restaurant where there was a drink special, and each brought diapers and wipes for the soon-to-be father. Food, beer, diapers…they had a blast,” wrote Reygee66. Others mentioned their guys hosting poker parties and golf outings while they enjoyed their own showers. Pinkpigeon wrote, “My SO is planning on going fishing with friends on the day of one of my showers.”

Oh, and we know at least one celeb dad who had a man shower. Kourtney Kardashian’s former party-boy boyfriend, Scott Disick, celebrated a night of male bonding in 2009 before the arrival of his son, Mason. His friends Kevin Federline, musician Cisco Adler and rapper Shwayze dined and clubbed at a few Miami hot spots. Supposedly, Federline gave Disick some fatherly advice at the bash. (Yeah, really.)

We doubt the guys will gather around the dad-to-be while he opens boxes filled with onesies and baby blankets. Instead, most guys will buy him a beer, some diapers or just pay his travel expenses if it’s a trip. For men, it’s less about gifts and more about male bonding.

We say go ahead, give your guy’s plans for a man shower your seal of approval. But we would give him one rule: Have it early—as in, at least a month before your due date. You don’t want to go into labor while your guy is out at a bar or, worse, while he’s in another city!