A Bump editor and mom of two shares her experience using two popular Medela pumps and breaks down the pros and cons of each.

Manual or electric? Single or double? Choosing a breast pump can feel like a daunting decision—I know I found myself totally perplexed scrolling the insurance website as a first-time mom.

Fast forward to today: I have two children and feel lucky to have been able to breastfeed them both (lucky because I know how hard it is and that this dynamic doesn’t work for every mommy-baby duo). I nursed my son until he was 14 months old and happily guzzling cow’s milk from a cup. My daughter is 8 months old and is still chugging along. So far, I’ve logged 24 months of pumping between them, relying on two popular pumps from Medela. If you’re trying to decide between the Medela Freestyle and the Medela Sonata, read on.

Pumping with the Medela Freestyle

The biggest thing to consider when selecting a breast pump is how often you’ll need to express milk. I knew I was returning to work after the birth of my son, which meant I’d have to pump multiple times a day at the office, on-site at photoshoots and while traveling. I was in pursuit of a super-portable breast pump, and landed on the Medela Freestyle. 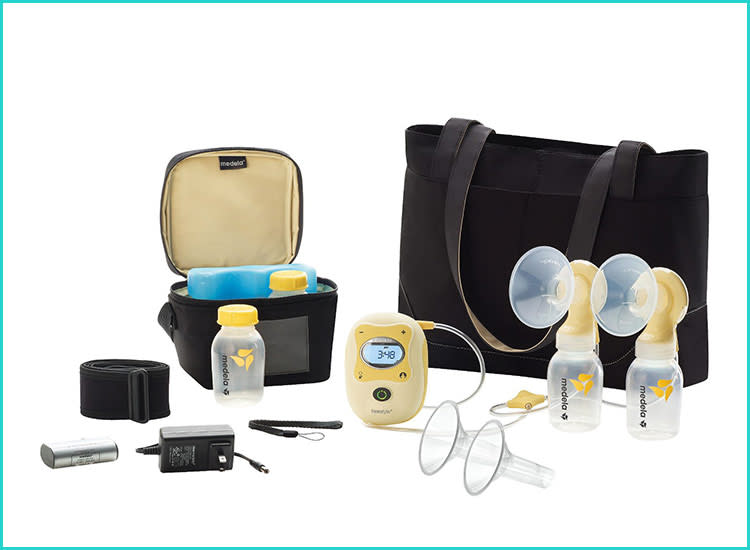 I was delighted to be able to produce milk for my son but disgruntled by the amount of time it took (about 3+ hours a day of pumping). Having a double electric, portable pump made the commitment feel a little easier. In the morning, I could slip on my hands-free bra, pop the Freestyle into the pocket of my bathrobe and multitask, from makeup application to baby wrangling. If I was on location at a photoshoot or traveling, I didn’t need to be tethered to an outlet. Was it a little noisy? Yes. But the battery life was awesome, the parts were easy to assemble and it helped me feed my baby.

I didn’t want to set unrealistic expectations for myself when I started breastfeeding, so I made small goals—a couple of weeks, then three months, and then I just kept going. If I knew I would have logged so many hours pumping over the course of my son’s first year, I might have bought a second pump. I know it’s a luxury (they’re not cheap!), but it was one I could justify by amortizing the cost per use and the fact that I would have had less to lug back and forth from the office.

Pumping with the Medela Sonata

When I was pregnant with my daughter, a handful of new pumps were available (like the Spectra and the Willow). I considered switching things up but knew the Freestyle worked for me. Over the course of that year nursing my son I had also purchased a couple of bonus sets of Medela parts and bottles, and thought it was silly to make that investment all over again with a different brand. I planned to order a second Freestyle—but then I stumbled upon the Sonata. The feature that mattered most to me—portability—was part of this new model, plus it had a slew of additional features and upgraded technology. I decided to give it a go. 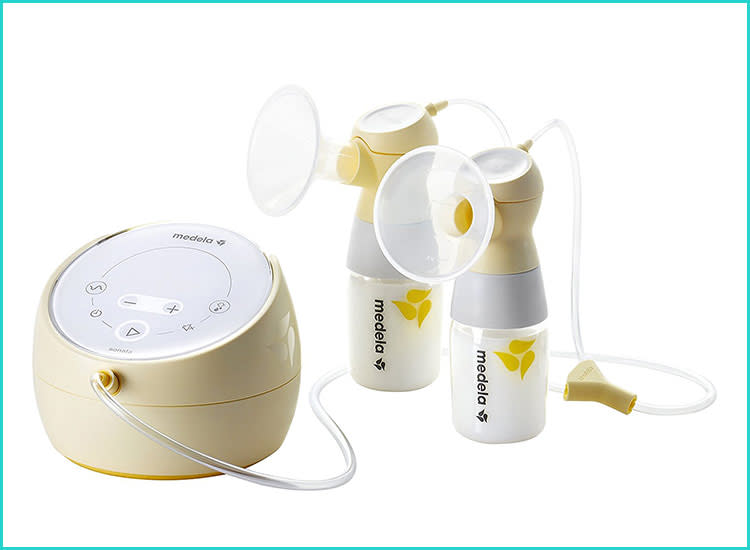 The Sonata has great suction, and I find I actually express more milk (which is what the pump promises) when I use this pump vs. the Freestyle. I’m only talking about an extra ounce or so, but every bit counts! It has two pumping rhythms: one that’s modeled after Medela’s hospital-grade Symphony pump and another that saves on battery life. Better still, it’s quiet (even my husband commented on the difference between the two pump’s whooshing sounds).

The Sonata is twice the weight and size, but like the Freestyle it can run on battery (about an hour between charges) in a pinch. A convenient carry handle makes it easy to move from surface to surface. Both the Freestyle and the Sonata let you time your sessions and save preferred settings (like suction power) in between uses, which ultimately saves on setup time. Both pumps have the same number of parts to clean and assemble (the breast shields are interchangable) and don’t require much maintenance.

So which do I prefer, and which one is right for you? It’s hard to say. I use them both equally but at different times. The Freestyle is exceptionally small and lightweight, great for toting to and from places or using on the go (like on an airplane). But I can’t ignore that extra ounce I get from the Sonata. My supply fluctuates throughout the day, but pretty predictably. I try to use the Sonata during pumping sessions when I know I usually make less. Now that I have both breast pumps, it’s hard to imagine going back to using just one.

Here’s a breakdown of the pros and cons to help you tip the scales.

Best for:
A mom who often travels (read: isn’t near outlets) or needs to pump while standing (like healthcare professionals).

Best for:
A mom who will be pumping in a designated space with outlets (most of the time) or someone who only plans to express a few times a day.

The Best Breast Pumps for Every Kind of Mom

21 Breast Pumping Tips to Get You Through the Day 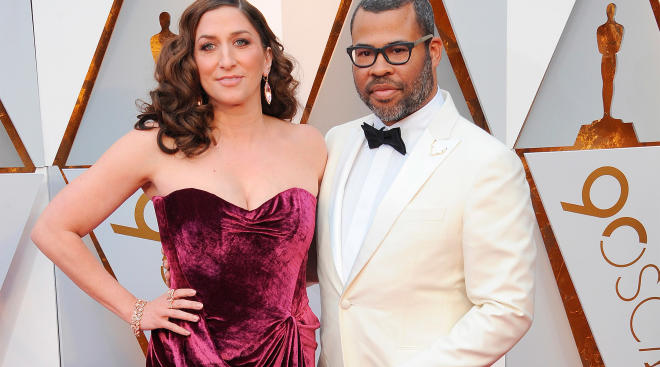