“Has bullying gotten worse? Has it started earlier, or, as a now sensitive society, are we just more aware of and concerned by it?” 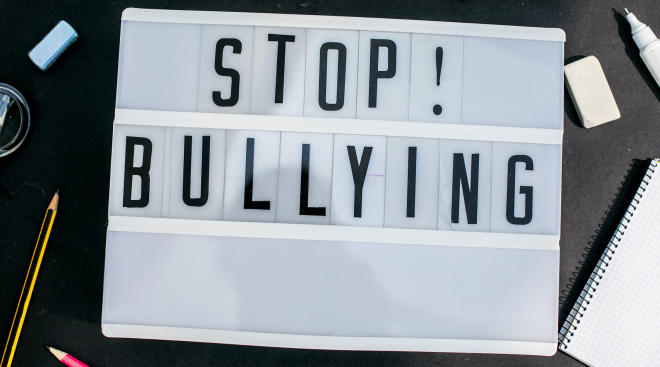 My daughter was distraught over a boy and his callous remark. She couldn’t look me in the eyes, her head hung low, her knees were folded up into her suddenly fragile body, tears staining her sweet face. She no longer wanted to attend school or wear anything remotely resembling what she had donned that day. Even her lunch was dissected. She had trouble sleeping and would cry on the way to her classroom, and had completely abandoned her once carefree, confident personality. Sounds fairly textbook, right?

Did I mention she was 4?

Has bullying gotten worse? Has it started earlier, or, as a now sensitive society, are we just more aware of and concerned by it? In my parents’ and grandparents’ generation, it was seen as character-building, and kids were expected to sluff it off, to not to be such a “sissy.” Even cartoons were critical. My daughter has a vintage Charlie Brown boxed set and the name calling between classmates is off the charts. In the age of Calliou, are we too cautious?

For me, the bullying started in the 4th grade. The boy I liked called me "Bucky Beaver”—a nod to my overly large, yet-to-be-braced teeth—in a note to my “friend.” She shared it with the entire class. At 10, I hardly had the tools to deal with betrayal and bullying, but at least I had six years on my daughter.

Of course, it didn’t end there. The attacks became more advanced as the haters did, and like anyone, I’ve dealt with my fare share of mean girls, guys, superiors and strangers. Sadly, I remember every ill word. I struggle to recall the precise praise I’ve been given over the years, but the ugly stuff? That sticks with me—which is why I was so upset when it happened to my daughter earlier this year. I know first hand how much words hurt, how long they linger, and how much work and healing it takes to reduce the swelling.

Part of me prayed this experience fell in that sweet spot where my daughter was aware enough in the moment to learn a lesson but then forget the incident altogether. But, as angry as I was that my little girl was already starting to lose some of her innocence (and at too young an age at that), the other part of me thought maybe it was best that, if bullying is bound to happen, she’s exposed to it early enough that she’ll always have the ability to rise above it.

Thankfully for us, things got better. We spoke with her teachers, the school director and a therapist to help better equip ourselves to handle incidents like this in the future and my daughter’s increasing anxiety.

For my daughter, it’s about control, or lack thereof. When she was able to choose her seat instead of having it assigned to her, and distance herself from the bully (who, by the way, was an equal opportunity offender; even I was taken aback by his aggressive behavior at the holiday sing-a-long), she felt some relief. Letting her choose her clothing and food also helped give her the freedom to relax a bit.

After months of having power over her circumstances and space from the offender, she was back to being our brazen and silly little girl. By the end of the year, to my astonishment, she was sitting by said boy at a birthday party with absolutely no fanfare. 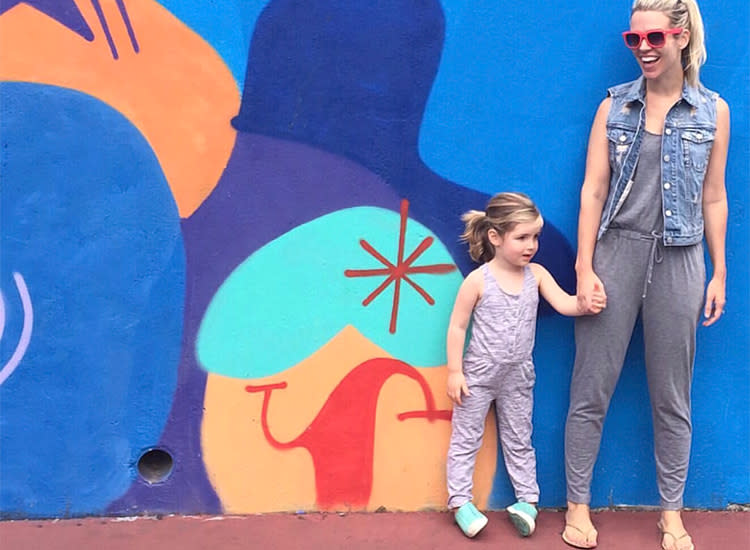 I wish I knew which generation was better off. I wish I could conclude with some wisdom and wrap this up in a nice, little poetic bow. But the truth is, I don’t have the answers. Life has taught me that this won’t be the last of her run-ins with the wrong crowd, that there will be other bullies, stronger words, worse actions and storms and battles seemingly too big to bear. As her mother, I’ll be brokenhearted all over again, except this time, the names will cut far deeper than they ever could when hurled at my 10-year-old self.

Like with every other experience, whether it be a bruised knee or heart, I’ll listen, hold her, help pick up the pieces and try to kiss away the pain, knowing my powers are waning and what she really needs is time. Time and perspective to help mold her into the person she’ll become—the one I’ve tried to guide, the one that kid at 4 called a loser and others who are hurting have tried to hurt, the one that shines despite the darkness, the one she’s meant to be, the one she’s always been before all this madness began, before bullying at preschool became a thing: a kind, wise, empathetic young woman.