The Truth Behind Birth Order and How It Shapes Kids’ Personalities

Experts weigh in how birth order can influence children’s character traits—and where the limits of birth order theory lie. 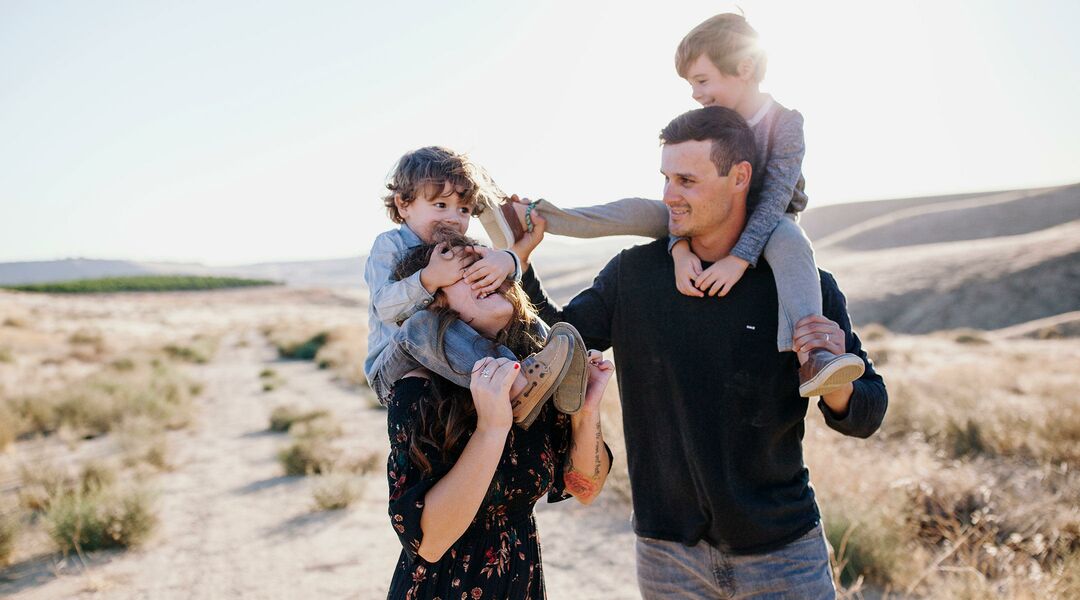 When you think of the stereotypes about kids’ personalities according to their birth order, what comes to mind? If you pictured firstborns as natural leaders and youngest kids as free spirits who need others to swoop in and assume responsibility, you’re not alone. And it turns out, there’s some truth in those societal assumptions. Birth order theory—which largely emerged in the early 1920s thanks to the research of psychiatrist Alfred Adler—suggests the order in which children are born has a profound impact on their personalities and the roles they take on later in life.

Since then, there have been several studies on how birth order influences character traits. But while experts believe that order plays some role in determining how a child behaves, they say it doesn’t dictate someone’s destiny. “Family dynamics, the personalities of a mother and father, the way a child is cared for in early life, and of course the child’s own unique personality they were born with all play a part in who your child will be when they grow up,” notes Fran Walfish, PsyD, a Beverly Hills, California-based child psychotherapist and author of The Self-Aware Parent. Plus, when comparing the birth order of children across multiple families, you also have to consider family size: It’s hard to pinpoint the extent to which a kid’s personality is shaped by being the third child or by simply being part of a large family.

Here, we break down the psychology behind birth order theory, what the latest research says about how birth order impacts personality traits, and some pro tips on how to parent kids based on when they were born.

According to Adler’s birth order theory, firstborn children tend to be responsible, intellectual and born leaders who meet high expectations, in part because they’re pushed to be role models for younger siblings.

There may be some truth to the model of a brainy firstborn: Some research suggests firstborns may have a slightly higher IQ than their siblings, possibly because mothers often take more risks during subsequent pregnancies and are less likely to breastfeed and offer cognitive stimulation for second or third children.

There’s also a logical reason why oldest children often exhibit leadership skills. “It’s not uncommon for a parent to ask a firstborn to help out or remind a firstborn that their younger sibling is watching,” says Erin Asquith, LCSW, a family therapist in Woodcliff Lake, New Jersey. As a result, the eldest child has to constantly assume responsibility and lead by example.

But family dynamics can just as easily lead to a firstborn who’s overly tentative. “Some firstborn children may be fearful or cautious, because their mom or dad was watching their every move or panicking at the first sign of a temperature,” Walfish says. “A firstborn is the guinea pig for parents.”

Expecting the eldest child to be a constant role model and help around the house can be a heavy burden for a kid to bear. “One way to mitigate the firstborn always being the leader is to share responsibility among siblings—for example, it shouldn’t just be the oldest who sets the table,” Asquith says. “Everyone should have a job.”

It’s also important for parents to take a step back and remind themselves not push their child beyond what can reasonably be expected for their age. “Ask yourself what your child is psychologically and cognitively capable of handling,” Asquith says. In other words, having your firstborn bring you a diaper while you change your younger child? Totally reasonable. Asking your oldest to actually change baby’s diaper? That task may be beyond them.

Stuck between an overachieving older sibling and an attention-grabbing younger sibling, the middle child can feel left out and forgotten. The result? Middle children may end up as the class clown, trying to claim the spotlight, or they may struggle to find their footing and fail to live up to their potential. According to Adlerian birth order theory, a middle child’s personality may also revolve around playing the peacekeeper of the family.

‘Middle child syndrome’ is something a lot of parents worry about, fearing their middle born might get lost in the shuffle. Research may back up that concern: One study found that while older or younger children were more likely to go to their parents when they were in trouble, middle children tended to turn to their siblings for help, and first and last borns were much more likely than middle borns to point to their mom as the person they felt closest to.

But middle child characteristics can vary depending on the gender of the child, Asquith says. “I’ve seen that if the firstborn is a boy and the second child is a girl, both might be treated by their parents like ‘oldest’ children since they’re the first of each gender,” she says.

The best way to make sure your middle child gets the attention they need is to build it into your schedule. “I recommend all parents take 15 minutes a day, phone-free, to be with each of their kids,” Walfish says, whether it’s during bath time or a drive to soccer practice. “This way, you develop an even bond with all your children.”

Another tip: Don’t compare your children. “It’s easy for parents to say ‘your brother doesn’t do this,’ but that sets your child up to define themselves against their siblings,” Asquith says. Instead, keep the focus exclusively on your child’s behavior, explaining why you’re disappointed in their actions.

According to Adler’s birth order theory, the youngest child gets the most attention in the family—and may come to crave it all the time, whether in school or on the playground. The baby of the family also often has the fewest responsibilities, making them freewheelers with a knack for getting away with things. Even in adulthood, youngest children may expect others to solve their problems for them.

When it comes to the development of youngest child characteristics, age gaps between siblings can play a significant role. A younger child being babied may be more pronounced if the child has siblings who are many years older, as opposed to just a year or two, Walfish says.

Of course, how a youngest child behaves is dependent on your own parenting. “If you know this is your last baby, you might subconsciously cater to your youngest child much more than you would if you weren’t 100 percent sure your family was complete,” Asquith says.

One of the best things parents can do for youngest children is to give them responsibilities as soon as possible, Asquith says—even a toddler can place napkins at the table before dinner. Plus, making sure everyone in the family has chores to do can help your kids feel like they’re all on equal footing.

Encouraging the baby of your family to be independent rather than rely on their brothers and sisters is key, Walfish says, so make a point of allowing your youngest to do things on their own. And while older siblings may baby the family’s youngest, they need to understand they aren’t the parents or voice of authority—you are. “Making sure the kids know the demarcation between kids and adults is important,” Walfish says. In other words, older children can’t hand down punishments to the youngest child; that can only come from Mom and Dad.

Without the need to compete with other siblings, Adlerian theory describes only children as being used to occupying the center of attention and easily spoiled, and often having trouble sharing with others.

Being the only child in a family may actually impact a child’s brain development: One study found that only children exhibited higher levels of creativity and scored lower in agreeableness than kids with siblings—and that there were significant differences in the gray matter volume within brain regions associated with creativity and agreeableness.

Experts say a lot of the personality traits of only children are dependent on how much interaction they have with other kids, including cousins and neighbors. “Some only children have a lot more adult-only interaction, and those kids may be different than an only child who goes to a daycare or preschool,” Asquith notes.

Tips for parenting only children

“One trap parents of only children fall into is treating them as if they’re another adult,” Asquith says. When talking to your partner about sensitive topics, like money or relationships, make sure your child isn’t within earshot.

It’s also important to encourage your kid to make friends with others their own age, Asquith says. By making sure your child is getting plenty of peer-to-peer interaction—either by setting up playdates with classmates or cousins or sending her to camp—you’ll help foster critical social skills like sharing and communication.

Of course, there are plenty of exceptions to birth order theory. Early childhood experiences and parents’ unique child-rearing styles can have a huge effect on a kid’s personality and supercede any influence that birth order might have. “For example, an oldest child who has a parent who stays at home with them during their early childhood may be more cautious and less of a risk-taker than an oldest child who goes to day care,” Walfish explains.

Significant age gaps between siblings can also alter how birth order theory plays out. A child born seven or more years after an older sibling may display characteristics usually associated with only children, Walfish notes. And since parents with twins have two children calling for their attention at all times, some twins may develop middle child traits, even if they don’t have any younger siblings, Aquina says. Blended families can also skew the outcome of birth order theory, since the new family structure may suddenly include two oldest or two youngest children.

Birth order theory can help you see patterns in your children’s behavior or notice how your parenting style shifts from one kid to another, but it’s not a clear road map for how to be the best parent to each of your children. As Asquith says, “Spending one-on-one time and developing a solid, personal relationship with each child—and being able to witness and celebrate their strengths—is key.”

4 Different Parenting Styles and How They Can Affect Your Kids