There’s still time to teach them there’s more to life than “Baby Shark.”
save article 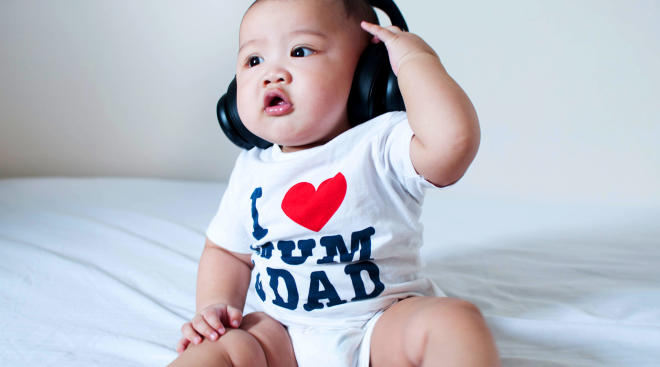 Of course you want your kids to develop their own taste in music, but you can give them a gentle nudge along the way, according to a survey from Deezer. And the best time for parents to influence their children’s musical preference is before they turn 10 years old.

Deezer surveyed 2,000 parents in the US with kids under 18, and found children react most positively to hearing new music before they hit double digits, according to 82 percent of parents. While 22 percent of parents had high hopes their kids would start to like their music between the ages of 11 and 15, only a mere 11 percent with teens at home said they had a positive experience when they played their favorite songs for them.

And if you feel guilty about trying to shape your kid’s taste in music, you can at least take comfort knowing you’re not alone. Of those surveyed, 75 percent admit to trying to get their little ones to enjoy their favorite songs, and a whopping 85 percent of parents feel the need to broaden their kids’ horizons in music. Thirty-four percent have even played their kids songs they think are “culturally important.”

Although 51 percent of parents play their kids music that reminds them of their own childhood, it’s a practice that hits home more so with dads than moms. Compared to 82 percent of dads, only 69 percent of moms are concerned with getting their kids to appreciate their taste in music. That may be why dads seem to have a better track record when it comes to converting their children. Sixty-two percent of dads report their kids loved the music they played for them, while only 47 percent of moms could say the same.

Music is an important part of baby’s life. In fact, singing to baby isn’t just soothing, it’s good for them too, according to this study.