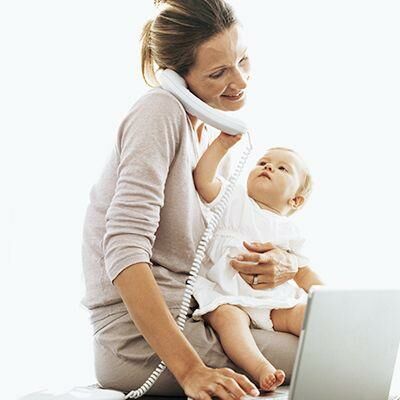 It’s a startling fact you’ve probably heard before: The United States is the only developed country that doesn’t offer paid maternity leave. Employers can offer some sort of compensated leave, but only 59 percent of workers say this is the case at their companies. With an immediate drop off in income and no subsidized childcare, women without paid maternity leave are slower to come back to work.

While female employment in the US has been on the upswing since the Civil Rights Act of 1964, we’re just not stacking up well internationally anymore. According to a study from the National Bureau of Economic Research, European countries offer a period of 14 to 20 weeks of maternity leave with 70 to 100 percent of wages compensated.

So, as the study highlights, California decided to do something about it. In 2002, California enacted the Paid Family Leave Insurance Program. This allows employees, male or female, to take up to six weeks of partially paid leave during the year, which can be used towards bonding with a new child. According to the study, researchers failed “to uncover any negative effects [of the policy].” They determined it “provides suggestive evidence of 6 to 9 percent increases in work hours, conditional on employment, one to three years after the birth, and possibly with similar growth in wage income.”

This program has had the biggest impact on low-income mothers. While non-college-educated, unmarried and black mothers initially took just one week of maternity leave, they’ve been able to bump that up to four, five and seven weeks, respectively.

“When people have paid leave, it just gives them a path back to work, whereas when they drop out of the labor force and stop working in order to take a leave with a young child, they come back slower,” Betsey Stevenson, a member of the Council of Economic Advisers, told The New York Times.

Other states have followed California’s lead and expanded upon  The Family and Medical Leave Act (which guarantees up to 12 weeks unpaid maternity leave under certain circumstances), like New Jersey And Washington. But a federal mandate for paid leave would be the most beneficial tool to keep moms employed post-baby.