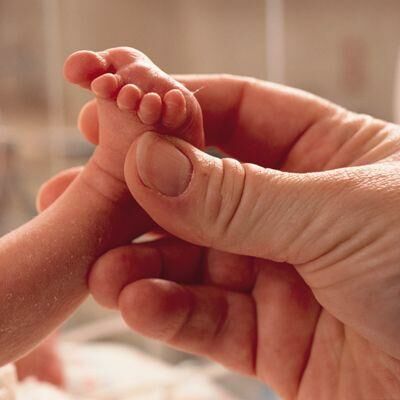 For preemies, every day in the mother’s womb makes a huge difference. But what exactly does it mean to be a preemie? Technically, any baby born before week 37 is considered premature, however, 24 weeks is the commonly-held age of viability in the medical community. But a new study suggests survival might be possible at 22.

Last week, The New England Journal of Medicine published a study examining babies born as early as 22 weeks. With medical intervention, a small number of those babies — 3.4 percent — survived without severe impairments. And that’s enough to get people talking.

“It confirms that if you don’t do anything, these babies will not make it, and if you do something, some of them will make it,” David Burchfield, MD, chief of neonatology at the University of Florida, tells The New York Times (Burchfield was not involved in the study). “Many who have survived have survived with severe handicaps.”

Currently, there’s no universal policy about when to cut off treatment for preemies. The study found that even among hospitals with sophisticated NICUs, there was plenty of variation in their approach to 22-week-olds. Some won’t actively treat them at all. Others will approach them aggressively, using ventilation, intubation and surfactant to improve lung function.

Why are guidelines about viability important? The Supreme Court ruled that states must allow abortion if a fetus isn’t viable outside the womb. And we’ve entered a very gray area. In 2014, the American College of Obstetricians and Gynecologists and the American Academy of Pediatrics deemed babies born at 23 weeks “potentially viable” since intense treatment kept about a quarter of them alive. While that report also said nothing can help a baby born at 22 weeks, times are changing.

This most recent study looked at 5,000 babies born between 22 and 27 weeks. In 78 cases where 22-week-olds were given active medical treatment, 18 survived. By toddlerhood, only seven did not have serious impairments.

On the whole, the study concludes babies closer to 23 weeks are more likely to receive treatment. But with examples — albeit rare examples — of 22-week-olds surviving, more hospitals may start to reevaluate.