How sweet are these snapshots of current and past presidents meeting their tiniest constituents?

Photographing a president holding a baby is a long-standing American tradition, but where does it come from? Most experts believe, based on an 1888 edition of the now-out-of-print magazine Cosmopolitan (not the one you’re thinking of!), the practice began in 1833 with Andrew Jackson, the 7th president of the United States. According to the magazine, while riding through New Jersey, Jackson was approached by a woman and her baby. He asked to hold her son and gave him a swift kiss. In doing so, Jackson pleased both the mother and the rest of the crowd.

Presidents holding babies is a custom that’s continued to live on, likely because it shows a softer side of seemingly stoic leaders. Plus, parents get excited to have their children meet famed world leaders—and it can make for some pretty heartwarming snaps. Below, we’ve rounded up some of the cutest photos of current and past presidents holding their youngest constituents. 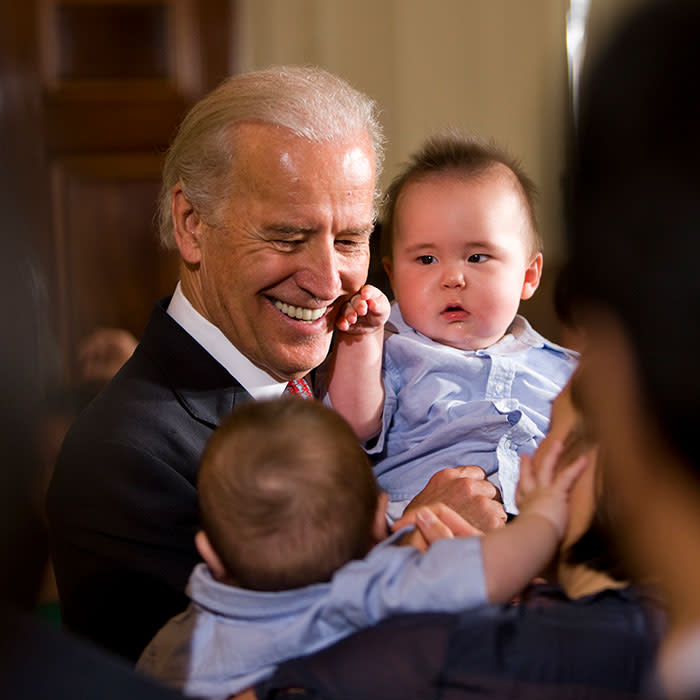 President Joe Biden says hello to a supporter and her two adorable children. He’s all smiles as baby sweely touches his face. 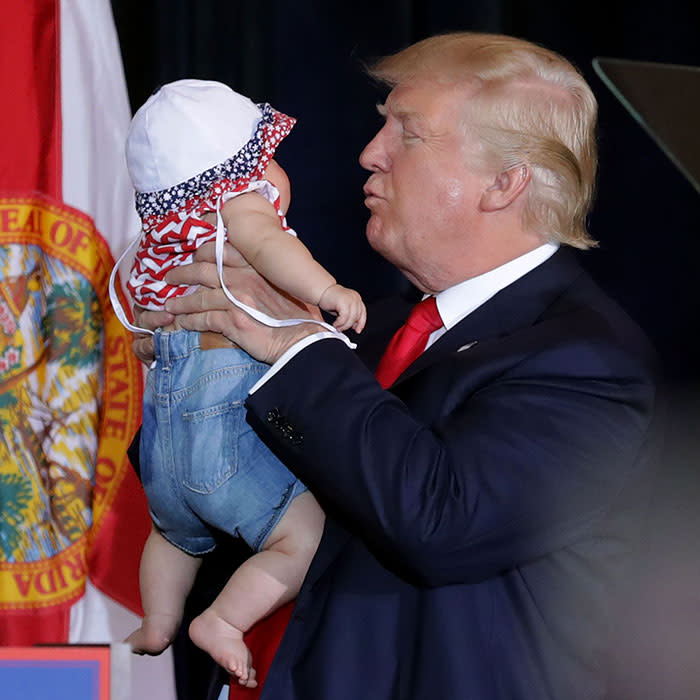 President Donald Trump greets a precious and patriotically dressed baby on the campaign trail in 2016. 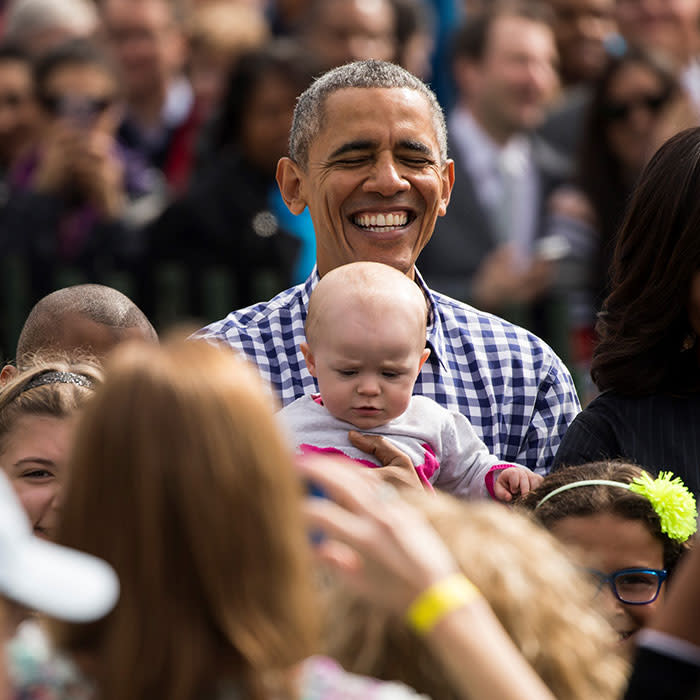 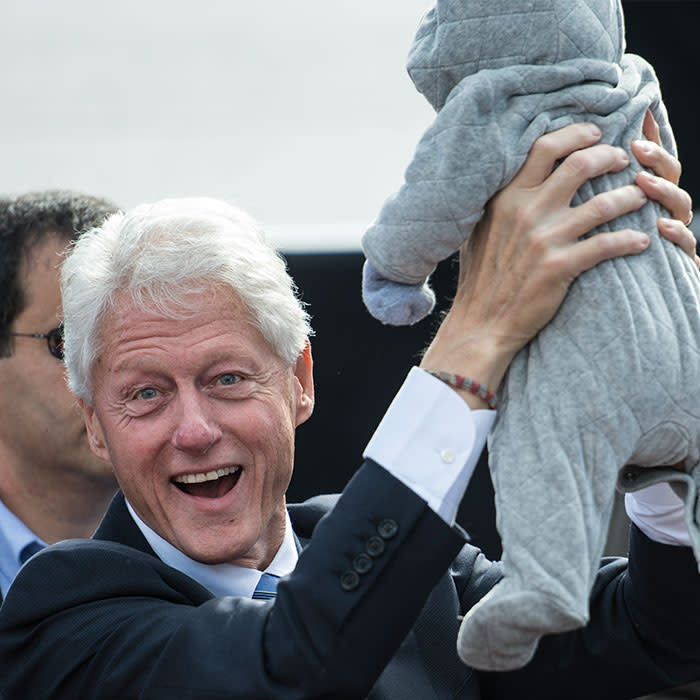 President Bill Clinton holds baby during a campaign stop in New Hampshire. Baby looks so snuggly in their gray onesie! 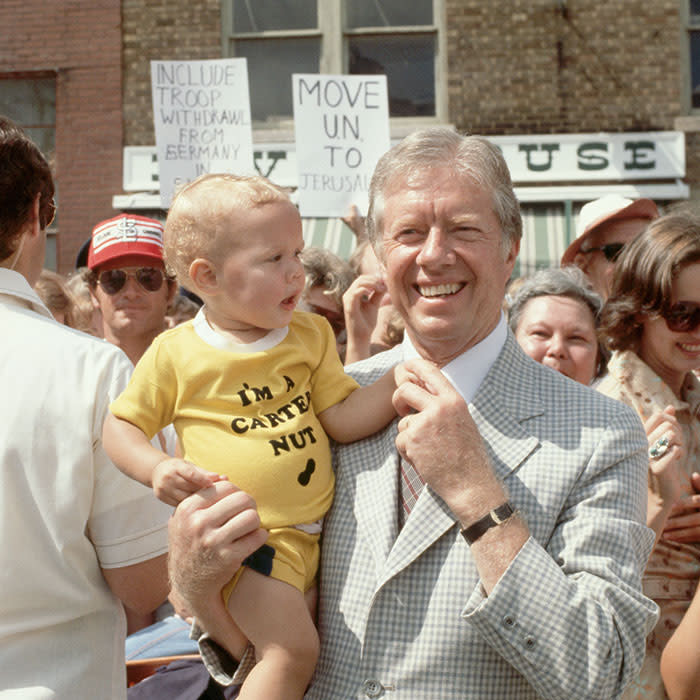 While on vacation in Illinois, President Jimmy Carter poses with baby, whose yellow outfit reads “I’m a Carter Nut,” with a picture of a peanut. 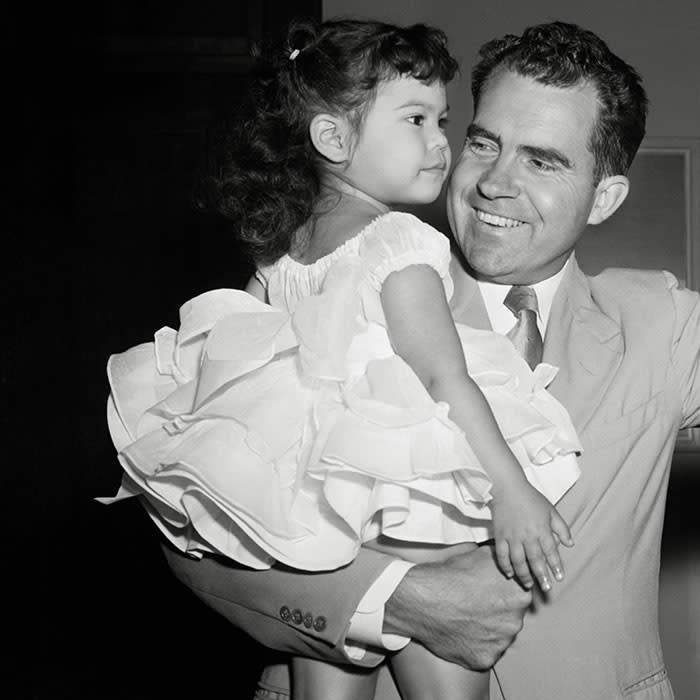 President Nixon gives Colleen Kelly a tour of the White House, which she won as part of her “Miss Baby Hawaii” title in Hawaii’s 49th State Fair. 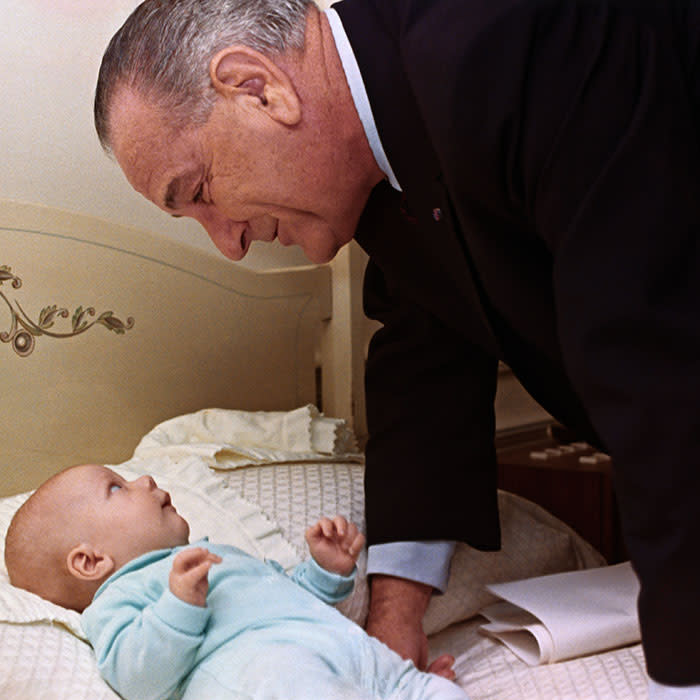 President Lyndon B. Johnson coos over his grandson Lyn Nugent, who gazes back at his grandpa. 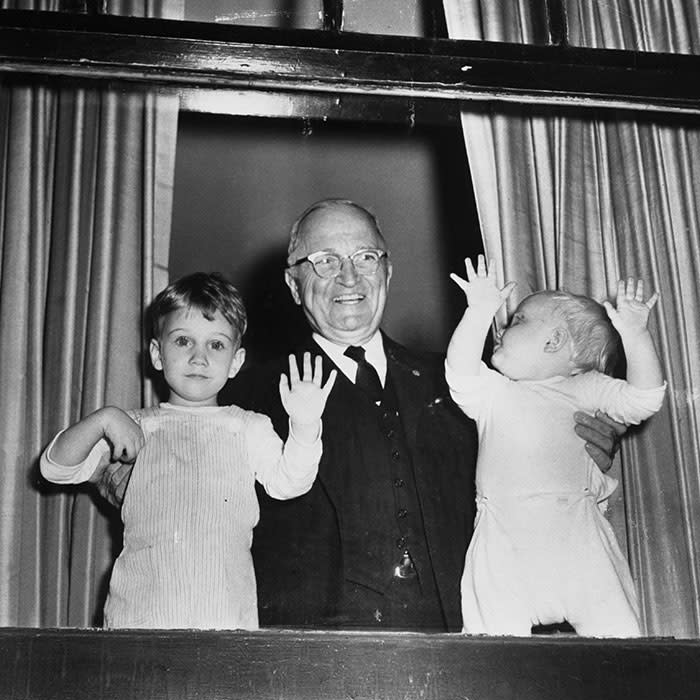 President Truman and his two grandkids smile for a photo from an apartment window in Manhattan. While Clifton looks towards the camera, his younger brother William looks back at grandpa. 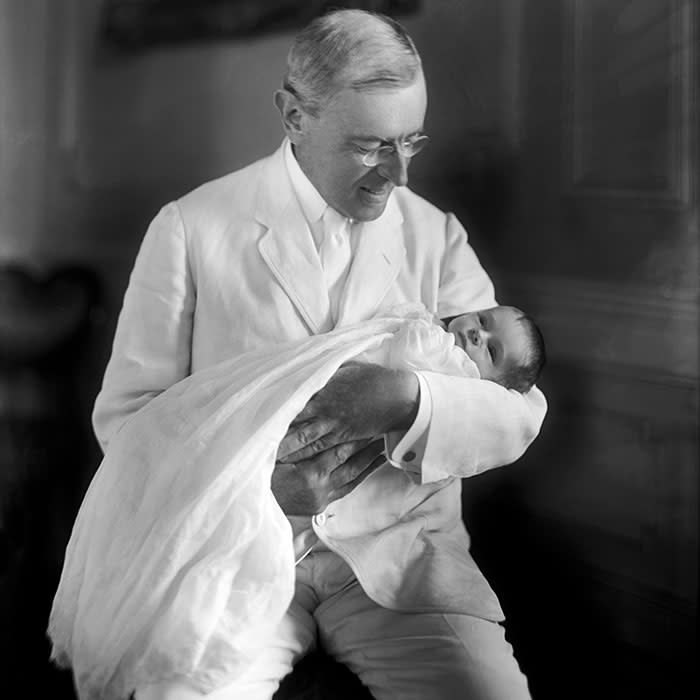 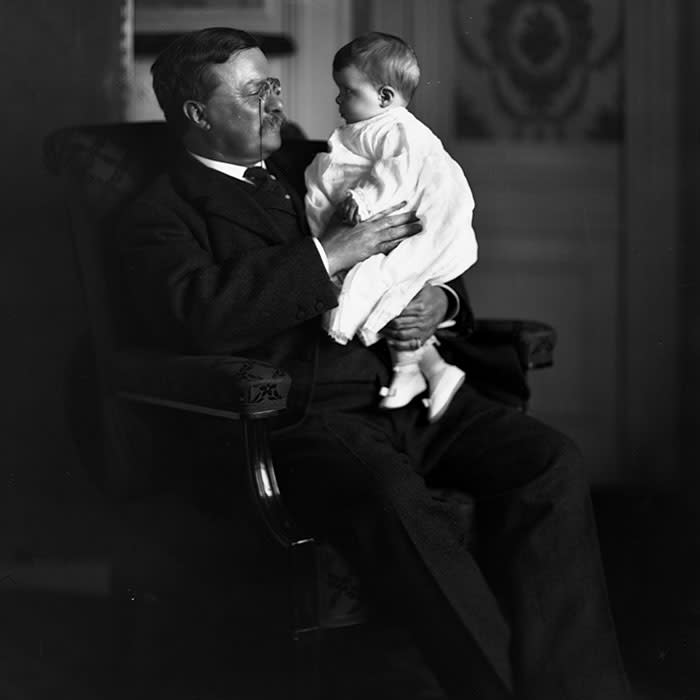 President Theodore Roosevelt and his grandchild look at each other and exchange a quiet, bonding moment.