Sex With Strangers in the Name of Sperm Donation? You Decide 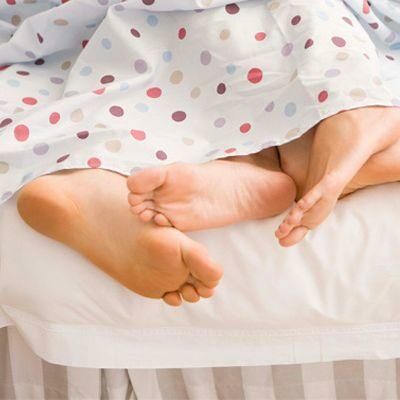 You’re gonna love this one. We’re all for fertility treatment advancements, and are happy to report that in 2014 alone, we’ve seen innovations like three-parent IVF and single embryo transfer. Apparently, there’s a whole subculture of guys looking to further the fertility cause — through natural insemination.

Sperm donors are connecting with women online who want to get pregnant “the natural way.” And their charitable services are offered for free. (Otherwise, that would constitute something along the lines of male prostitution.)

For the casual observer, this sounds like a ploy for sex. But not so fast says one anonymous donor.

“I have a Clark Kent life. Then, I have the Superman life,” says “Joe,” who was interviewed by 20/20 for a segment about this trend airing tonight at 10 p.m. ET. “People might want to have millions of dollars in the bank, and then, you know, some of us might want to have dozens of children out there.”

His wife doesn’t know about this part of his life, but he’s written the aptly-named book Get Pregnant for Free on the Internet with a Private Sperm Donor. And there are women who are taking him up on his offer: Joe’s slept with over 100 women all over the country.

“I’m unable to have as many children as I want in my relationship, and that would be unreasonable to ask a woman to give birth to 30 children,” says Joe. “I have the satisfaction of knowing that I have another descendant out there,” Joe said. “It’s not the road. It’s how we get there, if we actually get there.”

Still, others are donors because they feel they’re prime candidates. Take 23-year-old Kyle Gordy, who’s currently in school for his masters in accounting.

“I don’t do any drugs. I don’t smoke. I don’t drink. I don’t drink caffeine. I eat only sperm-friendly food: wheat, brown rice … fruit and vegetables,” Gordy tells 20/20. “Both siblings are engineers. The nuclear engineer is my twin. My grandpa was a scientist.”

Gordy’s not getting paid for his sperm, and feels strongly about being a donor. "I’m passing on my legacy and giving these people kids,” he says.

Obviously, “natural insemination” is a quicker, less complicated way to get pregnant than IVF for single women. Plus, they have the opportunity to handpick their donor. But more than anything, cost – or lack thereof – may play the biggest part. A vial of sperm can cost $700, and the average IVF cycle costs over $12,000.

“[I felt] that there’s maybe no other alternative for me. My clock is obviously ticking loud and louder every day,” says Serena, who met up with Gordy after Googling “free sperm.”

"Kyle and I like to think of ourselves as friends too,” Serena added. “My friend is my donor.”

We’ve seen The Switch; we get that. More than anything, this is further proof that the ways to have a baby are always changing. (via ABC News)

Tell us: How you feel about this form of TTC?